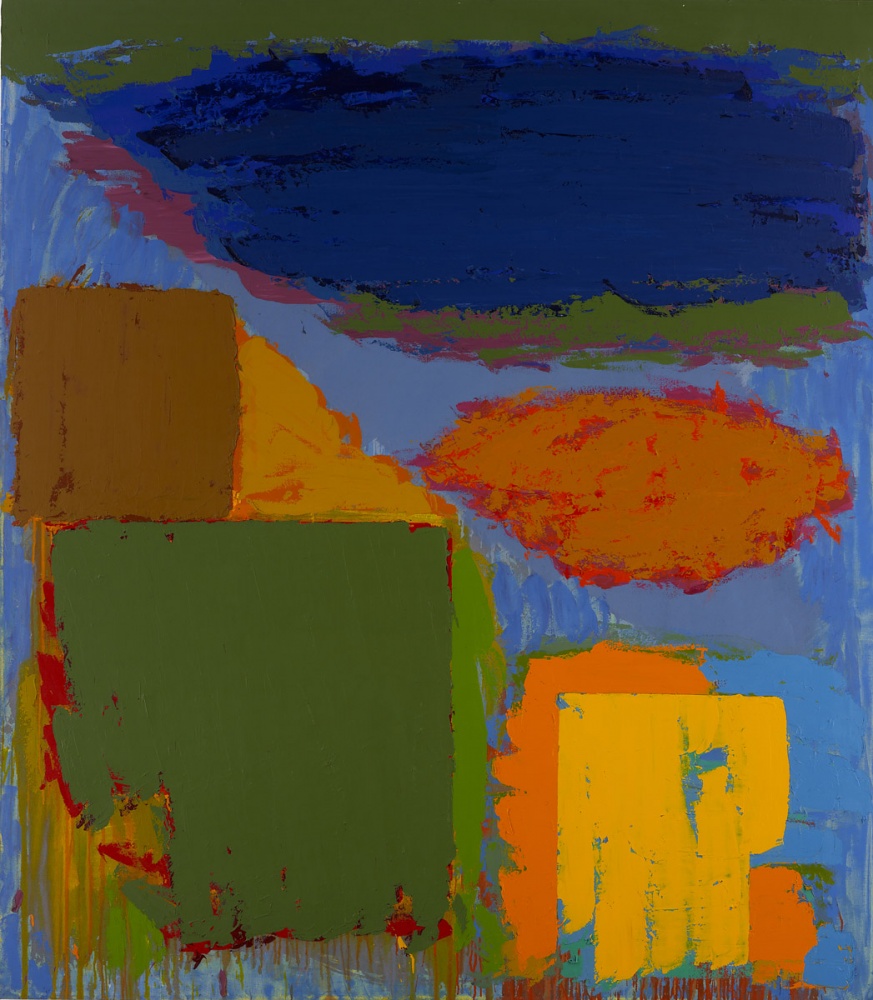 Williams writes: "Hoyland is a pictorial artist and 'in' the painting is a key phrase too. Although he admired the American abstract painters, he eschewed their more singular approaches, feeling it limiting structurally. Unlike Hoyland their use of repetition, stacking and neutral formats got the eye “across” the painting rather than through it. The lateral forces that the American approach produced suited the regular shapes or the all-over-ness better than the pick and choose approach that Hoyland has used. I think this is because of his use of these ‘known’ shapes; we end up with an abstract vernacular type of painting. I agree with his urge to get past the Americans but you can’t expect to fully go beyond them if you keep using their forms, generalized techniques and even configurations. It would be much later that he brought in linearity and overtly hand-drawn elements. His solutions here are to look to Hofmann, yet without the latent cubism that dogged even Hofmann’s most mature works." 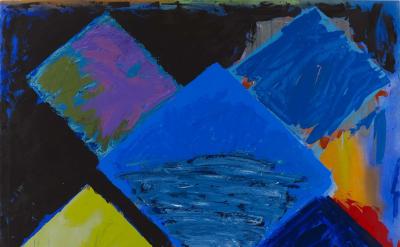