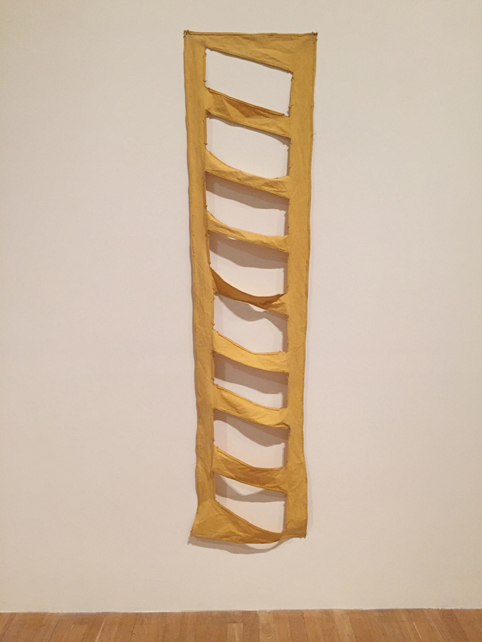 John Bunker reviews Richard Tuttle: I Dont Know. The Weave of Textile Language at the Whitechapel Gallery, London, on view through December 14, 2014.

Bunker writes: "‘Slacker Art’, ‘Crapstraction’ and other manifestations of what might be called the provisional trend in painting/sculpture have been well and truly played to death in the last 10 years. Tuttle’s influence here is easy to see. But his best work has less to do with frustrating audience expectations, some notion of failure or theatrical nihilism, and more to do with exploring the inner logic of a work’s necessary development through the expressive potential of the most unexpected materials and use of colour and space. At his best he finds, in the given histories and conventions of painting and sculpture, a springboard into unfamiliar, poetic and psychologically charged territory."