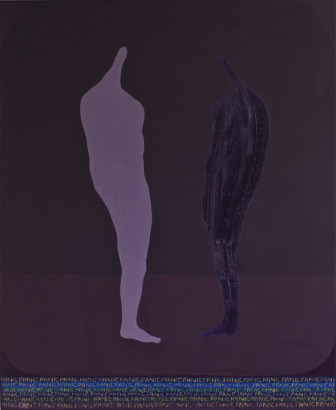 Coombs writes "The works in this exhibition try and capture some of [Guston's] directness, that rawness. The battles that are being waged in the work of these three artists seems to be about a letting go of all belief, but not a belief in good painting. The desire to make a good painting seems to be the overriding desire of all three artists... Although comparing these artists to Pollock is unfair, the comparison, especially with early Pollock, holds true for all three artists in their use of signs and symbols, runes, letters and grotesque distortions. A difference perhaps lies in the intensity of energy employed by Pollock and the relatively slow pace of the paintings in this show. Although, granted, no-one can make faster paintings than Pollock, the point remains that the presence and feel of a painting is as much defined by the energy put into it as what it might depict. Paint is the most sensitive trace and carrier of energy from the brush and every area of the painting has to be pulsating somehow." 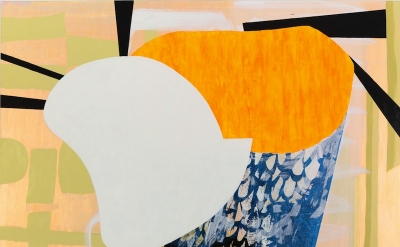 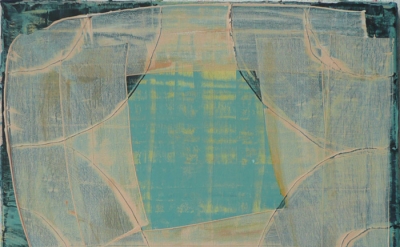