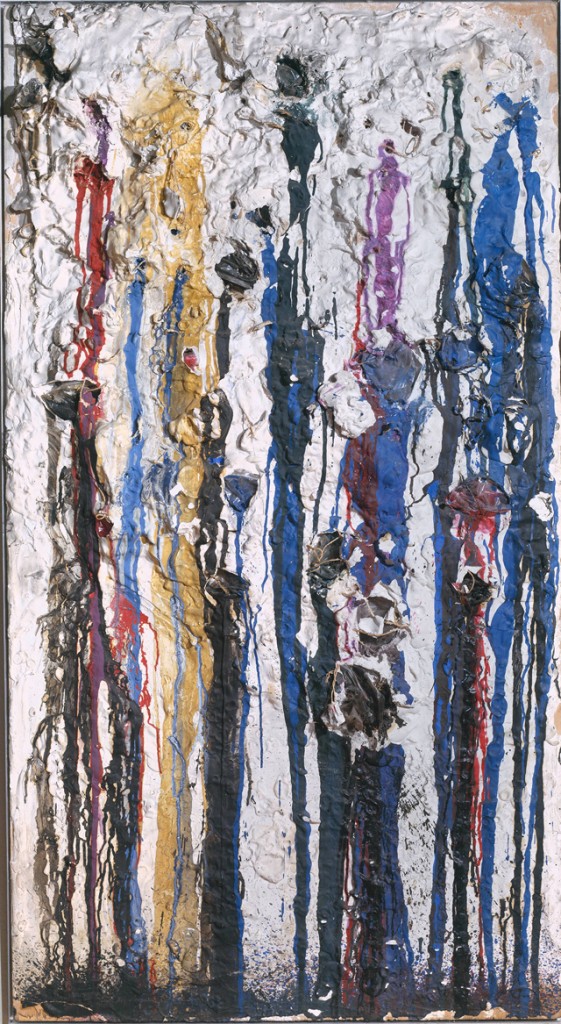 Dan Coombs reviews the exhibition A Bigger Splash: Painting After Performance at Tate Modern, on view through April 1, 2013.

Coombs writes that performance art "can be an exhausting medium with little room for the sort of contemplation possible in front of a painting. The form itself is ephemeral and disappears as soon as the performance is over and often the only evidence that such a thing ever happened is through a photograph or a film... This is ironic given that performance art is a continuation, and some might say completion, of the modernist drive towards actuality. It articulates its form through a real body, a real presence, and gives its subjects, which are often imbued with political urgency, a condition of actual being. The disadvantage with it is that, as with events in real life, it is over so very quickly, and often we encounter it most readily through the mediated form of photography or film, a translation of actuality into a fiction. Painting, in comparison, seems embarrassingly immediate." 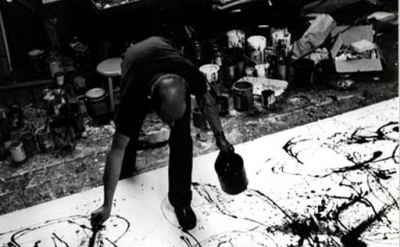