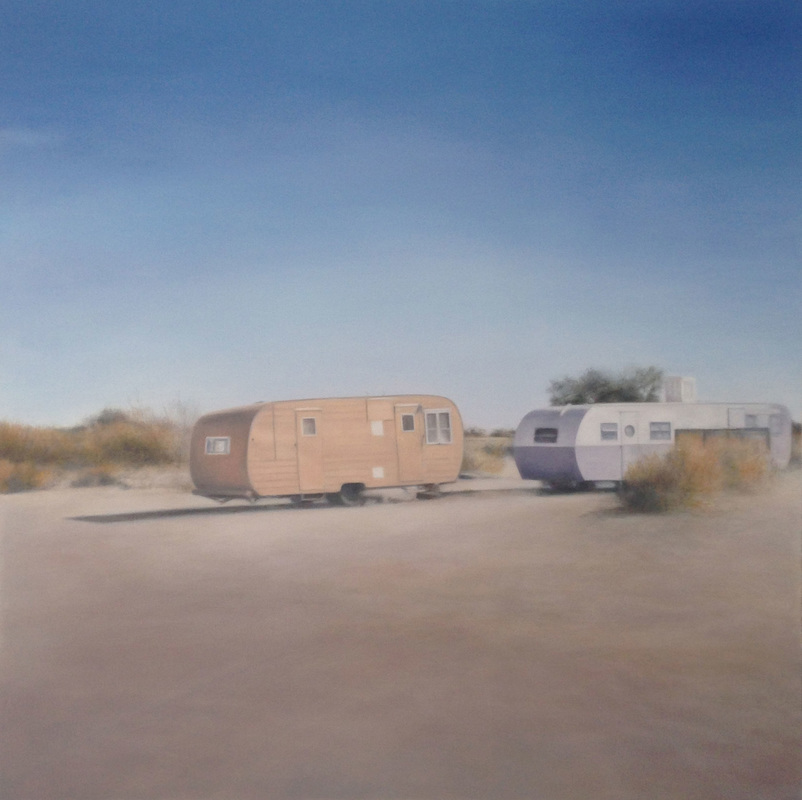 Stevens writes: "Like Hopper’s paintings, Martin’s interpretations provide neither a critical nor celebratory stance. Rather, they evoke 'an emotional complexity nearly operatic in scope: with the silent, vacant architecture, human drama seems to exist more powerfully in allusion,' as offered by Quintan Ana Wikswo. Unlike Hopper, however, Martin’s application of paint is undetectable. Her technique relies upon the strokes of a micro-sized brush measuring just 1/32 of an inch in width. Over the course of a single painting, Martin can go through as many as twelve brushes. With exception to the blue sky-scapes that dominate most of her canvases, she favors a Size 0 brush because it allows her to push her paint in such a way that makes for a realistic portrayal of her subject matter, which she illuminates by a slightly blurred glow that is as subtle as it striking." 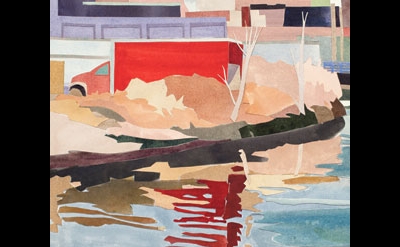 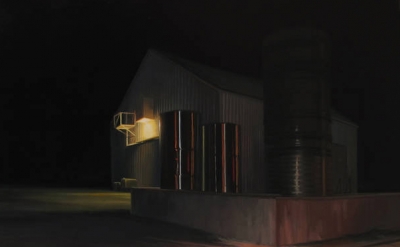