Rob Anderson: A Place in Time 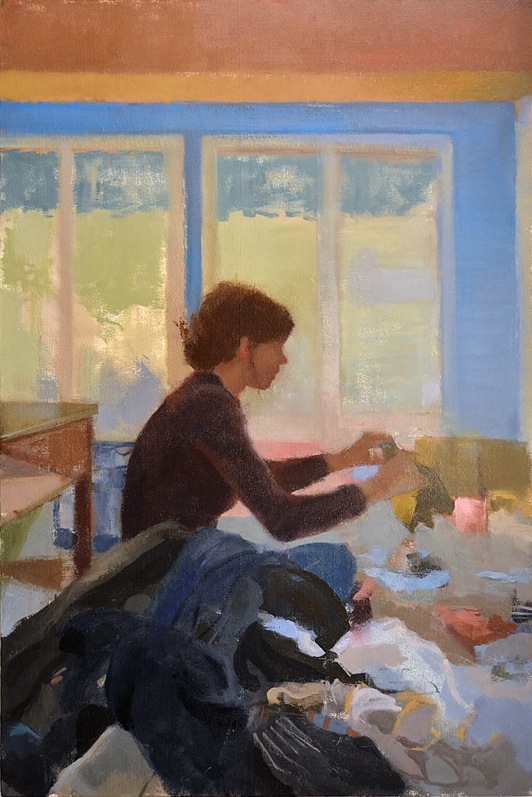 Kamholtz writes: "In 'Laundry' (2013), the woman—perhaps standing, perhaps sitting on the floor—bends over a pile of things, sorting through them with a combination of delicacy and tight concentration. Once again, the artist seems to be an observer looking in on his own world. Though it is the rare picture of an actual domestic chore, it is hard to resist a formalist reading of it. At the top and on the right, the painting has a rim of stripes that are easier to read as framing devices designed to call attention to the edges of the canvas than as part of the architecture. She is largely backlit with the light coming from a four-paned wall of windows that look like a Japanese screen. As for the laundry, it is really just a tangled mesh of brushstrokes that she is separating and giving form and identity to, one item at a time. One of the most appealing things about Rob Anderson’s paintings is that they have psychological depth without portraying drama or even anecdote."