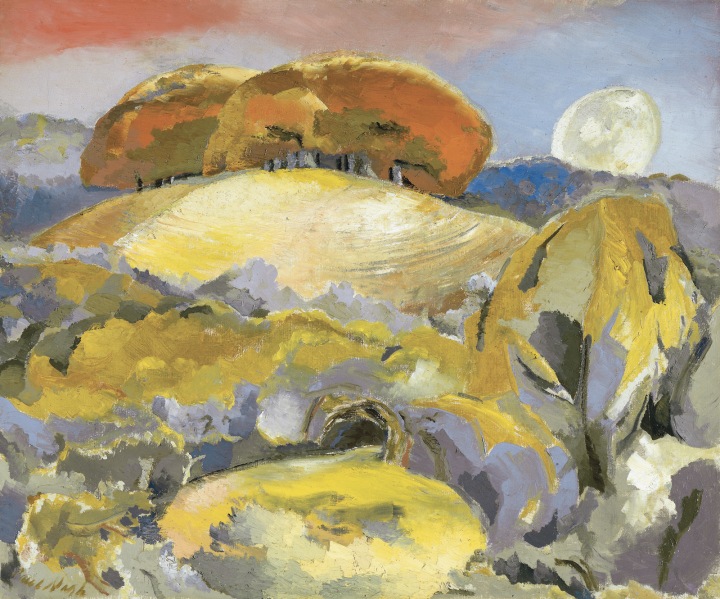 Parker writes: "... the overarching theme remains Nash’s lifelong engagement with the English landscape. In his fragmentary autobiography ... Nash recalled his sudden youthful awareness in Kensington Gardens of the meaning of place: ‘there was a peculiar spacing in the disposal of trees, or it was their height in relation to these intervals, which suggested some inner design of very subtle purpose.’ This feeling for place and the arrangement of features in a landscape is more or less a constant in Nash’s work, from his sombre early watercolours of a group of pollarded elms at the bottom of the family garden at Iver Heath in Buckinghamshire, right through to the late blazing masterpieces in which his beloved Wittenham Clumps in Oxfordshire are depicted at the vernal equinox."

A Crisis of Brilliance 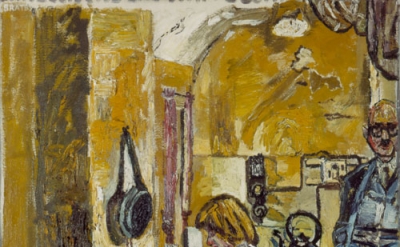