Martin Kippenberger: Raft of the Medusa 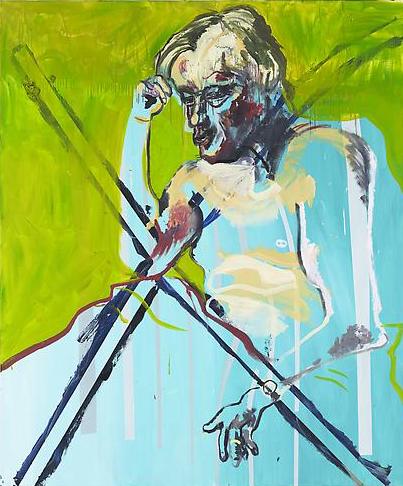 Chris Reitz reviews the exhibition Martin Kippenberger: The Raft of the Medusa at Skarstedt Gallery, New York, on view through April 26, 2014.

Reitz writes: "Taking Théodore Géricault’s iconic 1818–19 painting as its point of departure, and working from photographs taken by his wife Elfie Semotan, 'The Raft of the Medusa' eventually came to include over a dozen each of paintings, drawings, and lithographs, as well as an eight-by-fifteen-foot rug that depicts the raft’s schematic layout... Misery was in fact a central theme in Kippenberger’s practice, appearing in some of the artist’s earliest projects... in discussions of Kippenberger’s work, notions of failure and embarrassment are often privileged over those of misery and suffering. This is likely due to a willful resistance to sentiment, and the sense that misery is too close to the adversity-writ-virtuosity of the tortured, starving artist, and thus to the lingering specter of modernism. It has no business in postwar painting unless appearing ironically and at arm’s length, we think." 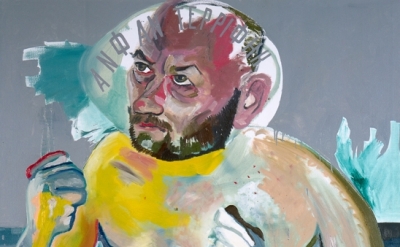