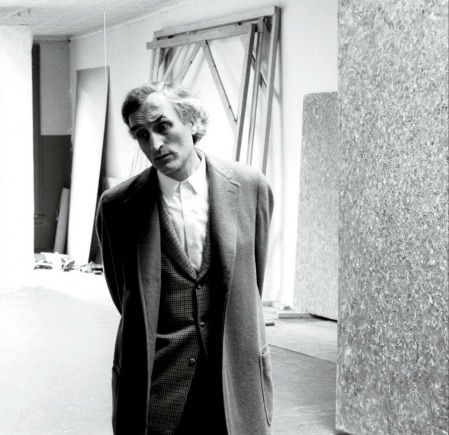 Painter David Reed remembers Milton Resnick on the occasion of the exhibition Milton Resnick, The Elephant in the Room on view at Cheim & Read from September 22 - October 29, 2011.

Reed writes: "Resnick told us that we had to decide between two ways of being painters. You could either “climb the ladder of art, struggle and sacrifice to make great works,” or “get on the moving belt, just move, you and the painting which equals your brain.” It took me a long time to figure out that he disapproved of the first and approved of the second. He told us that, as younger painters, we should put on “the shirt of Abstract Expressionism.” Each of us would then have to admit, “I can’t understand this shirt. It doesn’t fit my mind.” Only that way would we get on the moving belt."