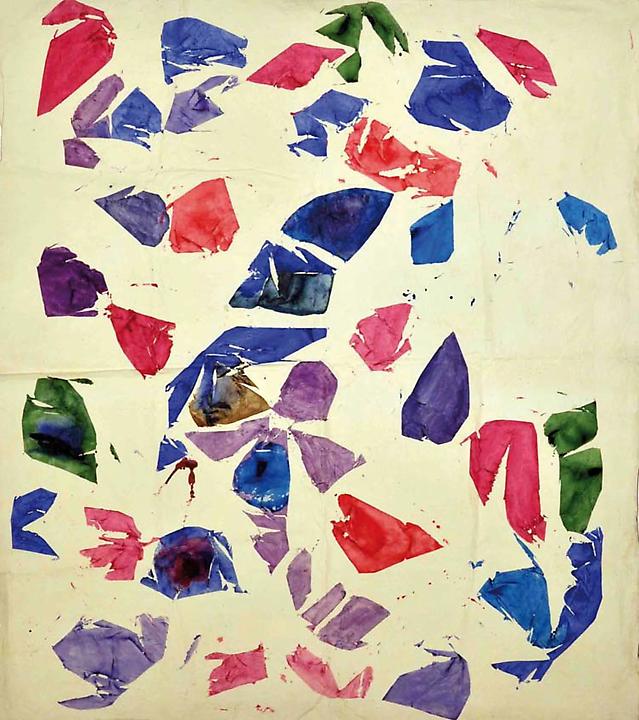 Elisabeth Kley previews an exhibition of works by Simon Hantaï on view at Paul Kasmin Gallery, New York, through June 22, 2013.

Kley writes that the current show includes "six works from Hantai's 'Tabula' series, created in the early 1980s, with their slashing leaf-shaped areas of unpainted canvas. Visions of plenitude and emptiness expressed through process rather than representation, these medium-size paintings also resemble portraits of tattered plastic bags. Kasmin will also be showing examples from earlier groups of works, the 'Etudes' and the 'Blancs.' Representing Hantai's first discovery of positive empty shapes, a mural-sized black-and-white 'Etude' from 1969 (approximately 10 feet tall and 15 feet wide) is covered with a multitude of small empty areas resembling overlapping sharp blades of grass. Describing this series, Hantai once declared, 'It was while working on the ‘Studies' that I realized what my true subject was—the resurgence of the ground underneath my painting.'"