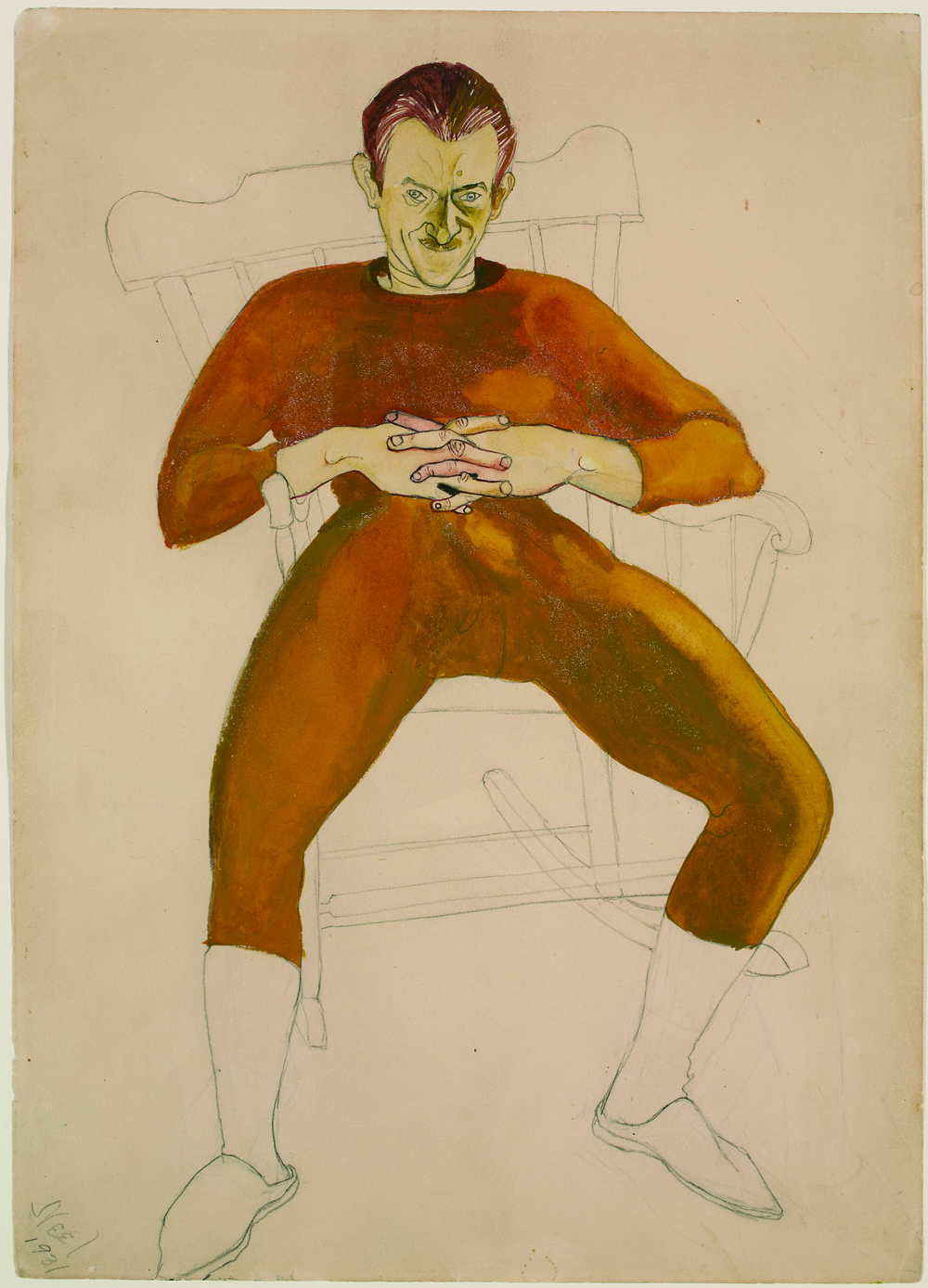 Johnson writes that Neel's images of "parks, beaches, political rallies, and even illustrations for the Brothers Karmazov (1938)—that offer some respite from a show otherwise defined by portraits that expose the sitter in some way. Take, for example, her portraits of Kenneth Doolittle, a drug-addicted sailor who was also her lover. In one watercolor rendering, he sits in a rocking chair, smug, with his legs split open. He looks like the actor Sean Penn. In another piece, he sits hunched over, his eyes half open and his body withered. He’s pathetic, and Neel’s pen is unsparing. For me, those portraits were amongst the best in the show because they show people exactly as Neel sees them. And Neel is unusually perceptive—sensitive to both her own feelings and those of others."