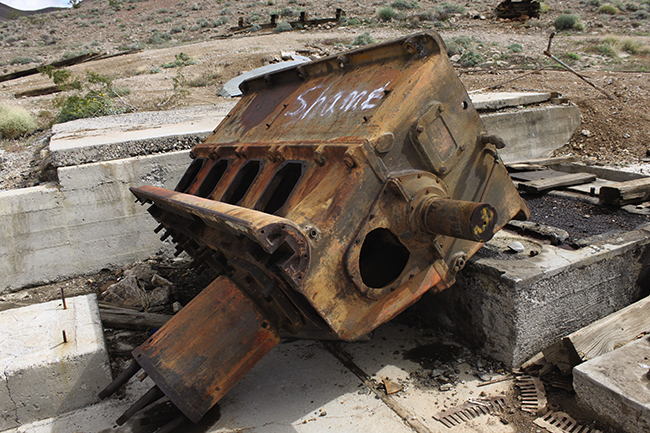 A new essay by Josephine Halvorson examines how sometimes a seemingly ideal subject resists the artist's efforts to capture it, receding into memory before it can be, or should be, realized in paint.

Halvorson tells the story of her "attempt to make a painting of a large diesel compressor next to a mine shaft on a ridge along the California-Nevada border. Its base showed the recent shine of a grinder, as if its ankles had been gnawed, its tendons sliced. It had been pushed on its side, an effort requiring considerable force, revealing the concrete foundation on which it had been secured for decades. Thousands of dried black insect carapaces were exposed in a dense layer. Looking at the machine askew, it was suddenly a severed head, its facade transformed into a face: a bolted plate resembled a shut eye, a dark recess became an open mouth, and a heavy steel shaft protruded, suggesting Pinocchio’s telescoping nose. On its rusted side, in white spray paint, someone had written 'Shame.'" 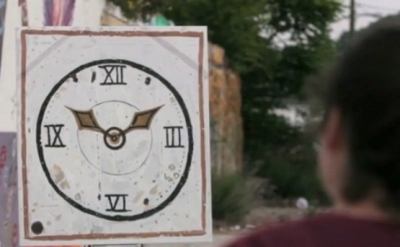 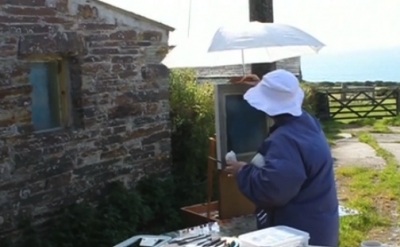 Josephine Halvorson: What Looks Back 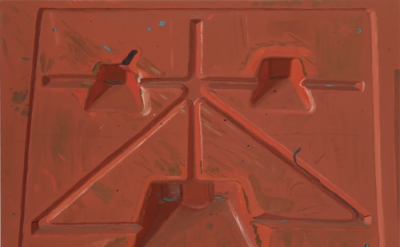