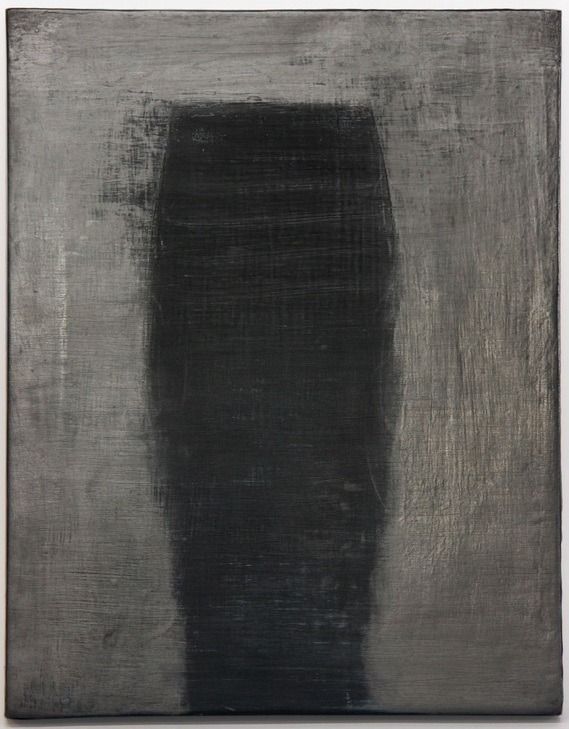 Emily Gherard, Untitled (Shifting On Your Toes No. 2), 2016, acrylic and graphite on canvas on panel, 14 x 11 inches (courtesy of Bridge Productions)

Manitach writes: "In [Gherard's] most recent series ... scale has diminished—dwarfed. Many of Gherard’s panels are smaller than the palm of a hand. Yet the bijou-sized pieces are encrusted with material that has a density as yet not experienced in Gherard’s drawings on paper. As objects, some scintillate with layers of graphite accreted into hard, chilly carbon peaks, built up gradually... The tension inherent to the idea of an image—buried in material, blurred and just out of focus—remains." 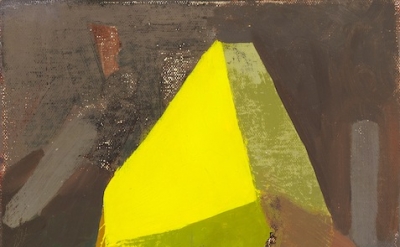 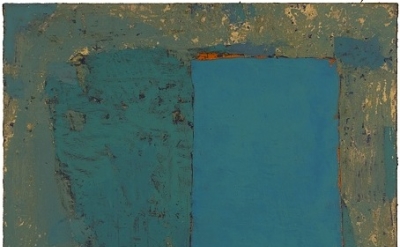