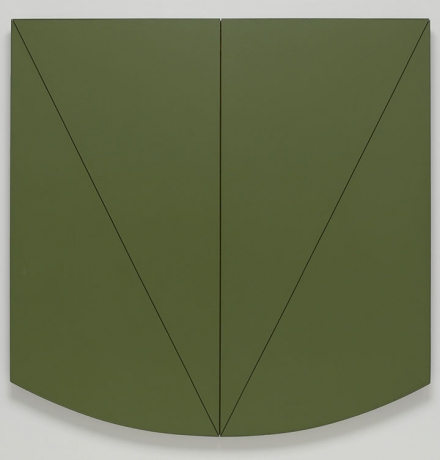 In a new video, Robert Mangold is interviewed at his upstate New York studio.

Mangold discusses the influence of urban and rural landscape on his geometric paintings: "When I moved to New York City, I was very interested in this idea of pieces of architecture that were both solid and that were atmospheric, and the idea that a similar form one way could be a gap between a building, and in another way could be a building. So I made these walls and areas, and quite literally one was the color of red brick and the other was the color of yellow brick." He continues "Looking out across the hills, I would see the same idea of atmosphere and form, except they were mountains and sky.. what came out of that was the idea that if I didn't use an organic mountain curve, and instead used a compass curve for the bottom edge of these forms, it would become something totally different and interesting. So, I went back and I started doing parts of circles and curved areas." 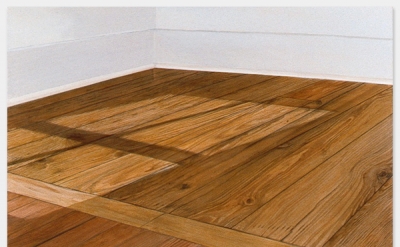