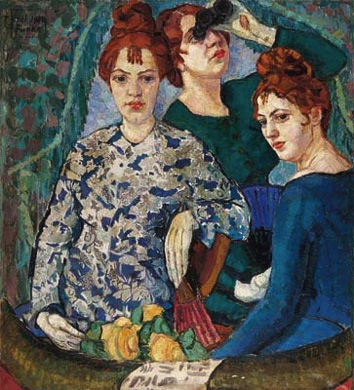 Johnson's book, Kirsh writes, calls attention to "a group of women artists who were active in Vienna's art world around 1900 but were entirely written out of later historical accounts." This, Kirsh notes, despite the fact that these "women participated in the mainstream modernist art movements in Vienna...They had successful careers, exhibiting across Europe; their work was acquired by the emperor, the state, and private collectors; they received public commissions, and exhibited in major exhibitions at the Kunstlerhaus and the Seccession, commercial galleries and alternative venues."

Some of the painters featured include Helene Funke, Tina Blau, Elena Luksch-Makowsky, and Broncia Koller.