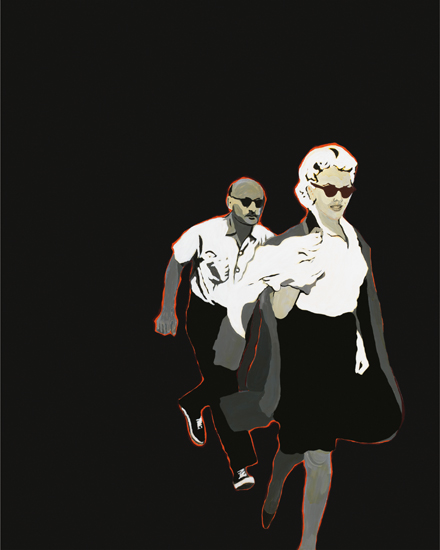 Bell notes that "Drexler depicts her subjects in a very straightforward manner, usually against monochromatic backgrounds. The figures appear uncomfortable and still, isolated in a foreign scene. The saturnine scenes are further augmented by the exhibition’s curation, with works sparsely hung upon stark white walls and strong white lighting. A glance across the room confuses the mind: vibrant colors that grab the viewer’s attention are juxtaposed with scenes of death, rape, and assault. Empty purple, blue, and green faces stare. Death is hot on the heels of a smiling Marilyn Monroe in 'Marilyn Pursued by Death' (1963)–a reminder that the true human experience is ephemeral." 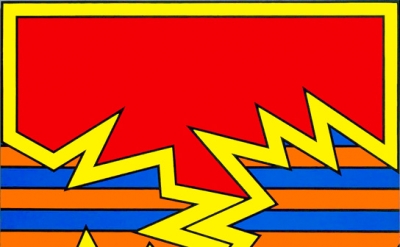 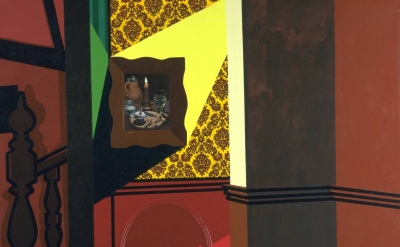