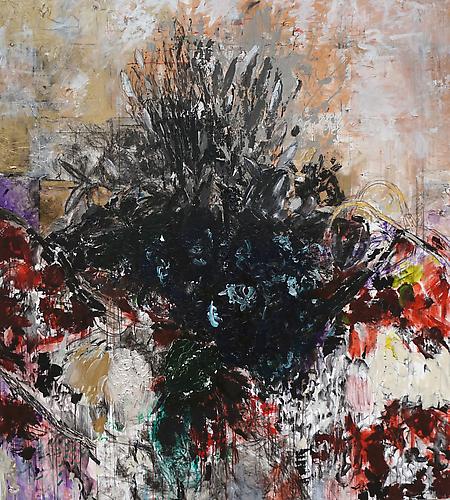 Cohen writes: "Sammy’s Beach... is [Fox's] Mont Sainte Victoire... Her current in-depth show at Danese/Corey, mostly of works from the last few years and the near-nonagenarian painter’s first with this gallery, unites three distinct groups of work extrapolated from this motif: rich, painterly, complexly lyrical and compositionally meandering canvases; austere yet robust black and white striped constructions in acrylic on paper; and dense, detailed, scatological yet calligraphic drawings in ink and charcoal (her Weeds series). These highly distinct bodies of work, bouncing from observation to constructivism to automatism, are united not so much in sensibility as intensity of engagement with a sense of place. The search feels less for form than for association." 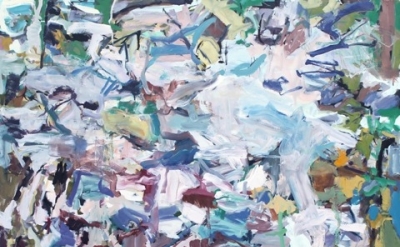