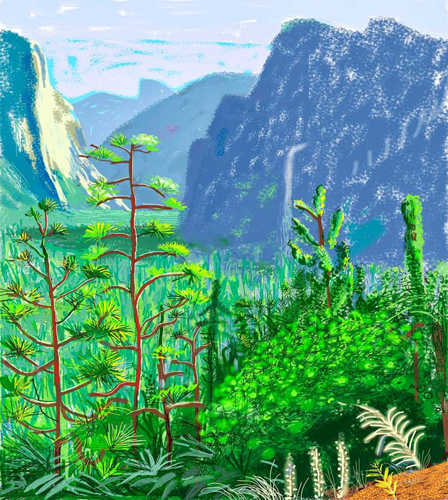 Pardee writes that the show "is expansive and multifaceted, driven by Hockney’s unflagging curiosity about picture-making and his relentless rhythm of production. Like Claude Monet, Hockney works in series; his paintings address time and optical truth, and they expand into large-scale decorations... Like Monet, he ignores the constraints of monocular perspective, and, just as Monet grew more ambitious over the turn of the past century, so Hockney aims to redefine painting for the digital age... Coming of age in the heyday of Warhol and popular visual culture, Hockney inhabits a media-saturated world and assumes a populist stance: if there’s no truthful image, just multiple views, our world image must evolve through broad cultural participation. 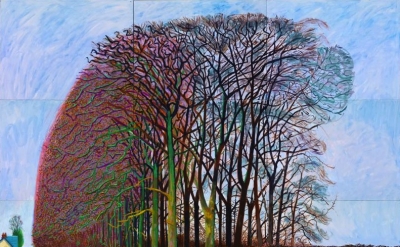 Hockney's Art of the iPad