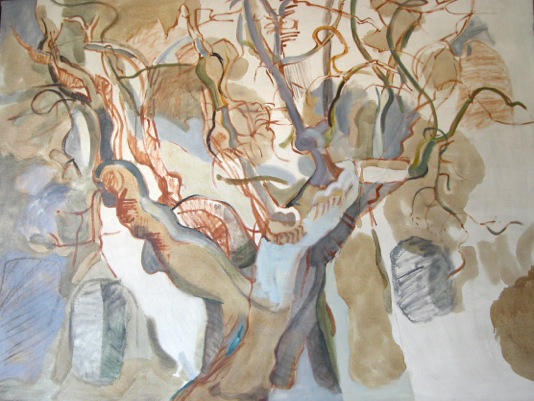 Franklin Einspruch interviews Irving Sandler about the Tenth Street painters and sculptors on the occasion of the exhibition Irving Sandler: Out of Tenth Street and Into the 1960s at Loretta Howard Gallery, New York, on view through October 11, 2014.

Einspruch introduces the conversation by noting: "While there are only eight objects on display in [the show], the spare installation amplifies the presence and power of each of them. Together they form a sacra conversazione of high modernism. A large-scale Ronald Bladen and a small, two-part George Sugarman share a visual sensibility but differ wholly in attitude. Phillip Pearlstein and Al Held meet along two adjacent walls and trade ideas about how to use large shapes to divide the rectangle. Paintings by Alex Katz, Lois Dodd, and Alice Neel discuss their commonalities in figuration, while a faintly figurative Mark di Suvero sculpture holds itself aloof. At the center of this conversation is Irving Sandler, who witnessed the labors of these artists as they set down their individual paths in the late ‘50s and early ‘60s. With figures such as de Kooning and Pollock having established themselves as giants, there was enormous interest in – and heated arguments about – what younger artists were to do in their wake."