John Zurier: One Foot In The Sublime 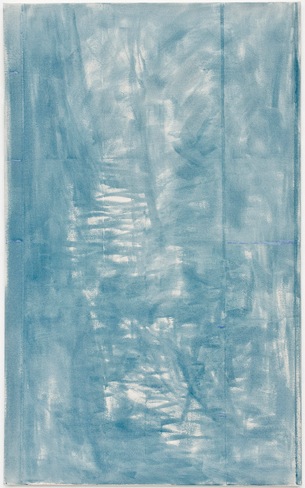 Stephen Maine reviews the exhibition John Zurier: A spring a thousand years ago at Peter Blum Gallery, New York, on view through June 22 2013.

Maine writes: "Particularity: some paintings have it, some don’t. In a painting that has it, specific material and visual attributes eclipse whatever genre, medium or aesthetic ideology that work might embody. The viewer’s experience of such a painting is rooted in the minutia of its physical constitution, rather than in its significance as a statement of purpose, an intellectual position, a conception of space, or what have you. Particularity is located somewhere in triangulation with Michael Fried’s 'presentness' and John Waters’ definition of beauty as 'looks you can never forget. And there is sometimes a fine line between particularity and its absence, as John Zurier’s current exhibition at Peter Blum’s new 57th Street space demonstrates." 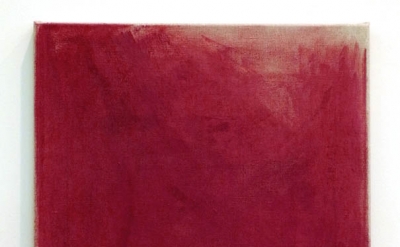