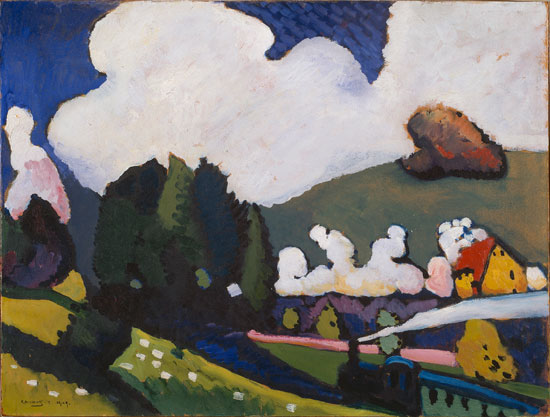 Margaret Graham reviews the exhibition Kandinsky Before Abstraction: 1901 – 1911 at the Solomon R. Guggenheim Museum, New York, on view through Spring 2015.

Graham begins: "The small show of Vasily Kandinsky’s early work... offers an intimate, insightful glance at the more formative years of this celebrated artist’s career. The 16 paintings and woodcut prints included in the exhibition highlight a period of inquiry, exploration, and discovery, the decade during which Kandinsky began testing the boundaries of his aesthetic credo and barreling toward his eventual ascension into the heady realm of pure abstraction. And although the low ceiling, low lights, and somewhat disjointed hanging scheme do not quite do them justice, the works themselves are a joy to behold: not only are they lovely and challenging, but they reveal a great mind on the verge of genius, toiling to piece together the aspects of a grand puzzle whose total image would change the face of art and the modern paradigm forever after."

Kandinsky: Blaue Reiter to the Bauhaus 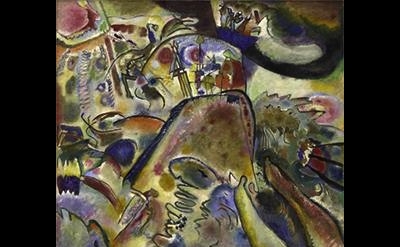 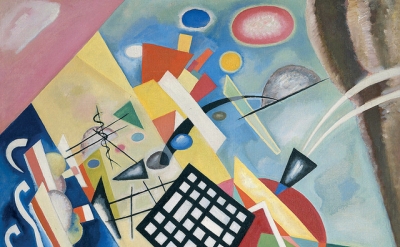