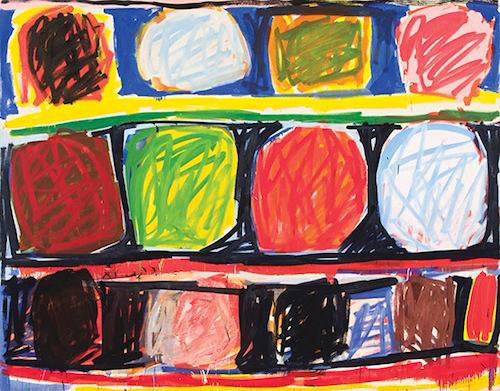 Rhodes writes: "In their rows of rounded shapes and loosely brushed compartments Whitney’s earlier paintings resemble shelves or cavities, reading like sections of a catacomb or stacked fruit. Stacking is significant as the paintings are evidently constructed to accommodate color building with units or blocks of color; this has, indeed, become foundational to all his painting since the1990s... The structure in the earliest of the large oil paintings at Karma, Radical Openness, (1991) evinces an already begun absorption in image making that combines drawing and painting through repetition and difference. By this I mean that, rather than change a basic structure from one painting to the next, the basic structure remains the same: graphic invention and shifts in color space become the painting’s subject. Though continued right through to the present day, there is no sign of this structure inhibiting or reducing the possibilities of emotional or intellectual expression, of inquiry through color and line. In fact, it becomes indexical of changes along the way." 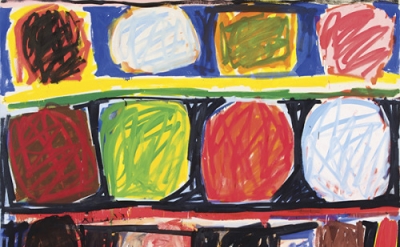 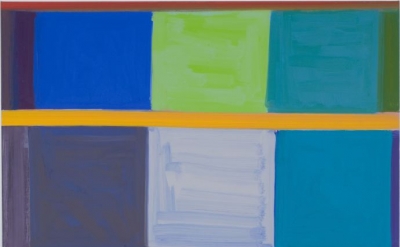 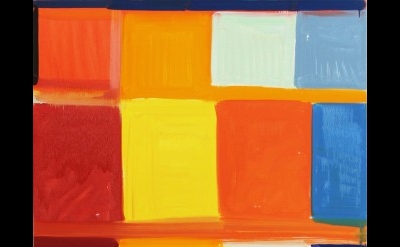