From Stasis to Kinesis: The Woosters of Ted Stamm 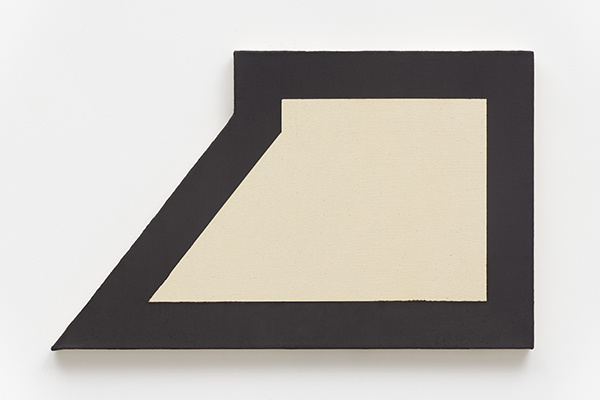 Morgan writes: "The Woosters employ an unusual rectangular theme that extends into a triangular hinge on the left side. These works were both drawn in graphite and painted in black and white (and, later in silver). At the outset (1978), it seemed that few observers were aware of Stamm’s discovery of this rather obtuse form. Given the analytical orientation of the times, many assumed it was based on some complex mathematical derivation; but, in fact, it was quite the opposite. Stamm, being a man of the streets, with bicycle in tow, discovered this abbreviated form one day on the sidewalk near his loft. The fact that he could not decipher its use or origin piqued his curiosity enough to accept it as what might be called an unknown readymade." 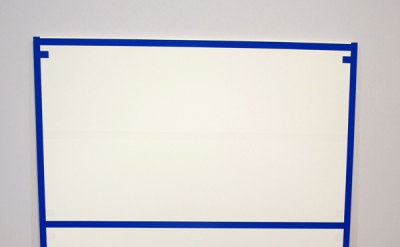 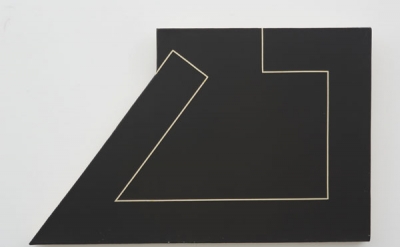