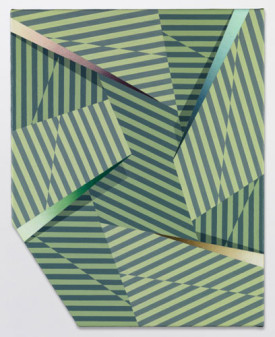 Rhodes writes that in Fenke (2014): "Surface as a subject and its contradiction through an irresistible illusionism propels a counterpoint that succeeds in engaging vision, touch and thinking equally. Fenke even has a slice cut in from its edge, inviting real space to participate and contrast the illusions of depth created elsewhere in the composition... Abts’s approach is intuitive – the geometric planar compositions emerge without a prior plan and so refute along the way the need for a fixed rationale. Her space is a shallow and completely convincing one, always askew and splintered." 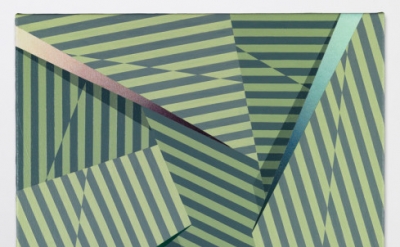 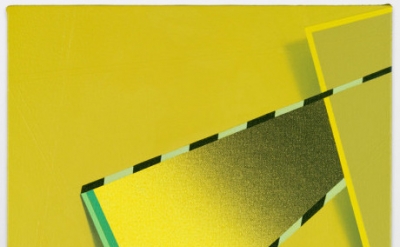 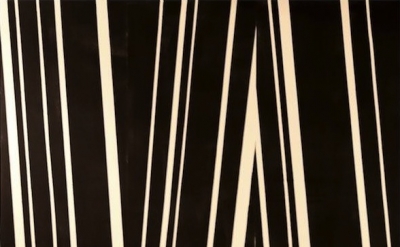