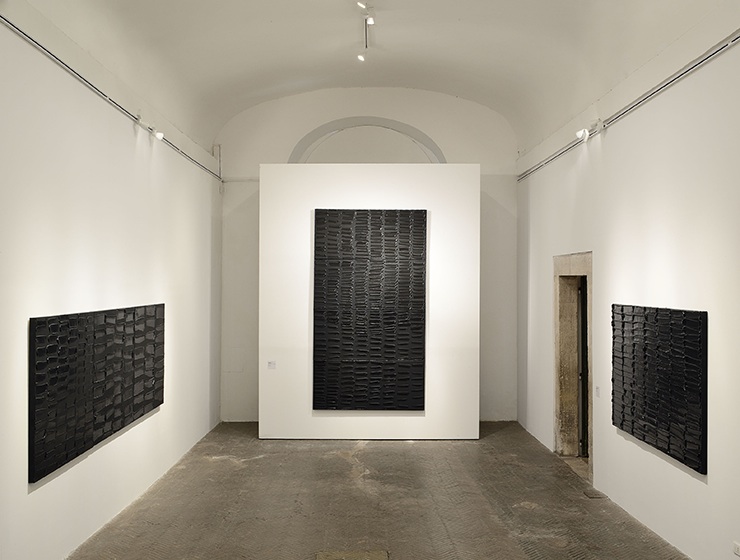 Céline Piettre reviews the exhibition Soulages XXI century at the French Academy in the Villa Medici in Rome through June 16, 2013.

Piettre writes that " the majority of the pieces on view are from the past 13 years, which emphasize both the distinctive traits of his ongoing oeuvre as well as more recent departures. Grouped into families, works include those using the color white (with white literally scratched onto the surface); paintings that combine rough and smooth surfaces; paintings made from multiple discrete marks; paintings with collage; and, finally, his newer paintings with various shades of black. These last pieces reveal Soulage’s ability to reveal light and space within this monochrome, which he considers an 'active' color, rich in radiance and multiple tonal possibilities."