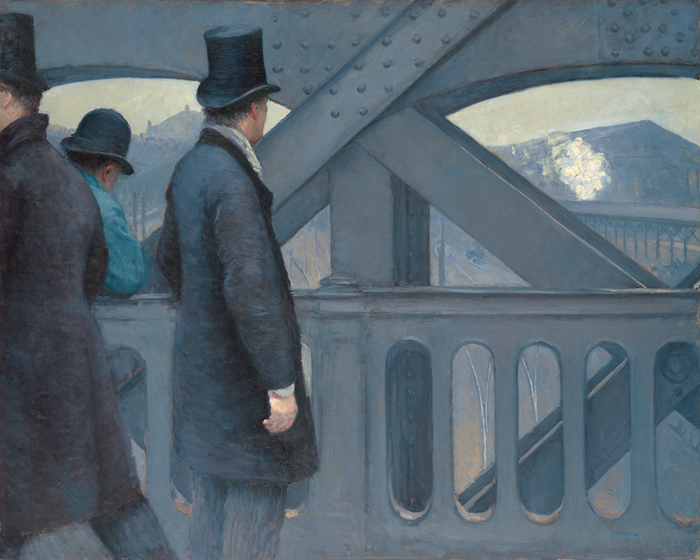 Phyllis Tuchman reviews Gustave Caillebotte: The Painter’s Eye at the Kimbell Art Museum, Fort Worth, Texas, on view through February 14, 2016.

Tuchman writes: "Though he exhibited with the Impressionists—and even underwrote some of their most important group exhibitions—it was the modernity of Caillebotte’s compositions, not sketchy stylistic traits, that qualified him for inclusion in this movement. His propensity for rendering select details is better appreciated today. The scores of cobblestones and dozens of windows he depicted in Paris Street; Rainy Day and the rivets that you can count that hold the Pont de l’Europe together certainly set him apart from, say, Claude Monet, Auguste Renoir, and Edgar Degas, all of whom he collected. But these elements also make Caillebotte something of a proto-Minimalist. Take another look at On the Pont de l’Europe. The geometry of the bridge is a cross between Anthony Caro and Chris Burden. Caillebotte was ahead of his time, not lagging behind. It’s we who are finally catching up with him."

What Caillebotte is All About 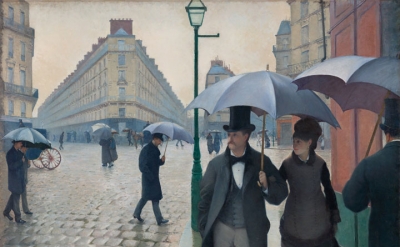