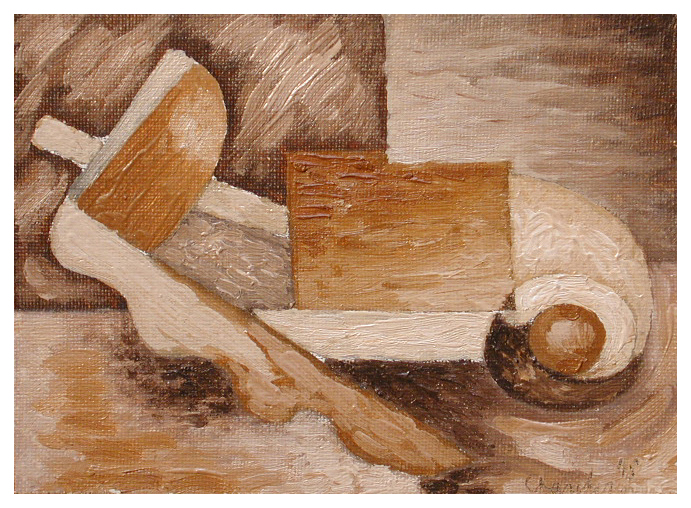 Blog post revisiting William N. Copley 1960 profile of painter Serge Charchoune, republished on the occasion of the exhibition William N. Copley: The World According to CPLY on view at The Menil Collection, Houston through July 24, 2016.

Copley writes: "Considering Charchoune in the light of what observations we have been able to make, we have perhaps established him as an abstract painter whose charm abides in his modesty... The tendency of Charchoune to render his own forms unnoticeable, if not invisible, suggests a constant and perpetual metamorphosis, particularly appropriate to the rendering of a musical theme. In other words, assuming that the paintings with musical titles were to be considered actual renderings of music, which I am convinced they are not, and Charchoune himself denies, they would be a step beyond, say Mondrian’s Broadway Boogie-Woogie, in that the vibrations of tones are not achieved by bright contrasting color, but rendered poetically through suppressions."