Clark recounts his time painting in Paris on the G.I. Bill, where he was influenced by Nicolas de Staël's work ("the presence of it, up front, the surface"), as well his return to New York where he helped form Brata Gallery. "When I was still in Paris," Clark recalls, "George Sugarman wrote to me from New York and said, 'Why don’t you come? Things are happening here.' When I got there with my friend Sal Romano, we had a meeting with a few other people and decided to form Brata. There were a lot of my friends from Paris around-George, Al Held and some others. The pendulum had swung in New York, and that was the first time they had co-ops, when all the galleries opened on Tenth Street. They decided at one point to make all of them open at the same time. No one had ever done that before. You couldn’t get down the street, it was so crowded: rich people, poor people, everything." 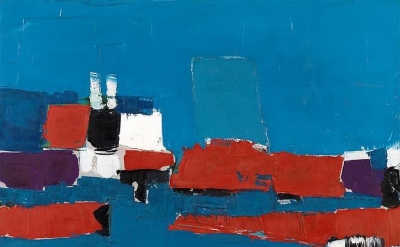 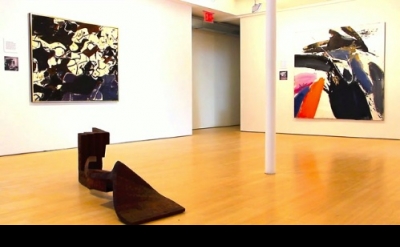