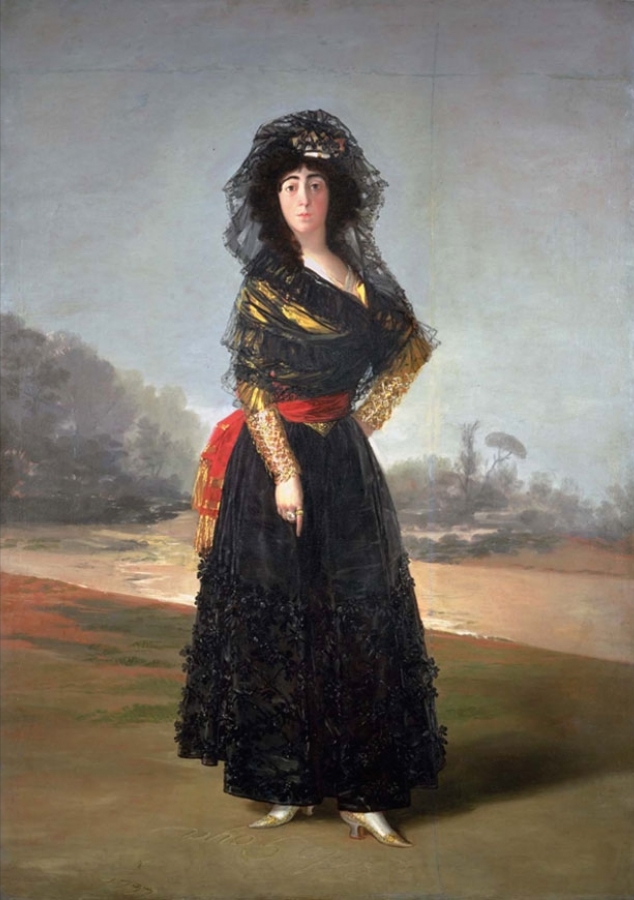 Franklin Einspruch reviews Goya: Order and Disorder at the Museum of Fine Arts, Boston, on view through January 19, 2015.

Einspruch writes: "whatever Goya you hope to find, Goya the portraitist to nobility, Goya the satirist, Goya the mystic, Goya the moralist, Goya the recorder of history, Goya the painter to the Catholic Church, Goya the critic of the Catholic Church, even Goya the decorator, the MFA has you covered. The Disasters of War and The Sleep of Reason are here. A room has been given over to the oil portraits, which seem to stand out even in relation to the other material. The star of the room is the Duchess of Alba, painted in 1791. A golden swath of sunlight cuts behind the black-mantillaed subject, her forefinger pointing down in a defiant gesture that not coincidentally points out an inscription in the dirt at her feet, 'Solo Goya.' In other words, only Goya could have brought this into being."

Goya & the Altamira Family @ The Met 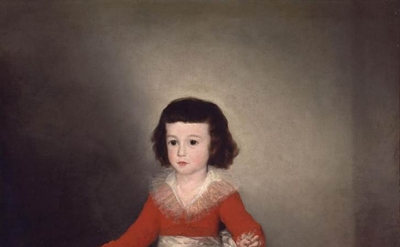