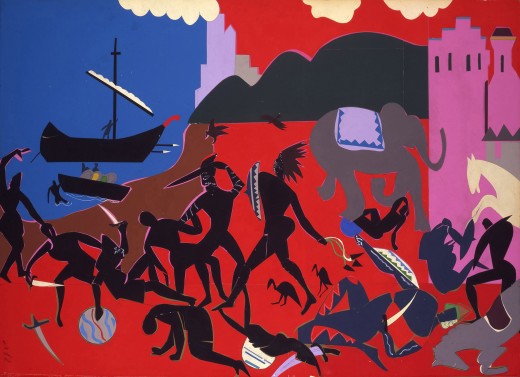 Alexander writes: "Bearden’s depiction of the perils that befall Odysseus... can also be understood as parallels to the heroic story of African American survival — a collective and ongoing epic. But Bearden’s project here is not just a transposition of a 'classical' story into an African American context or idiom. The work reflects Bearden’s broader understanding of art-making. Bearden believed deeply in the universality of art and myth as expressions of shared human impulses, dreams and archetypes. As he remarked in 1970, 'I give every effort to give my works a universal character, and I feel that the meanings can be extended and reinforced by means of myth and ritual.' "