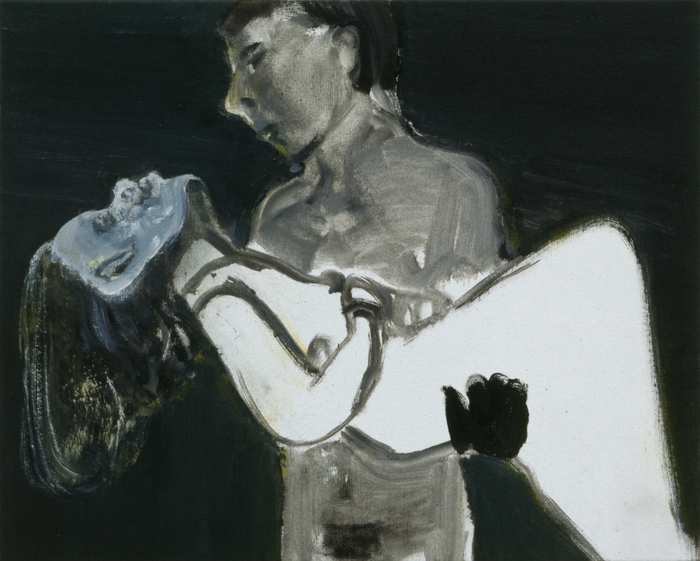 Edo Dijksterhuis writes about the exhibtion Marlene Dumas: The Image as Burden at the Stedelijk Museum, Amsterdam, on view through January 4, 2015.

Dijksterhuis notes: "The exhibition’s title is taken from a small, almost unassuming work from 1993. It shows a dark male figure carrying a white female. Dumas based the image on a still from the 1936 romantic drama Camille, featuring Robert Taylor and Greta Garbo. But in the painter’s abstracted depiction one could just as easily recognize the soldier rescuing a child during the Beslan school hostage crisis of 2004, a similar news image from riots in Soweto, or—of course—a classical pietà. Dumas injects her images with meaning upon meaning, reference upon reference. It burdens the picture, loads responsibility on the artist’s shoulders. But at the same time the image also exists as 'just a painting' and can be considered a burden in its own right." 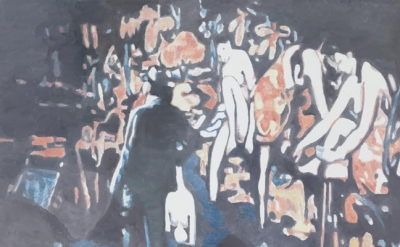