Hans Burkhardt: Within & Beyond The Mainstream 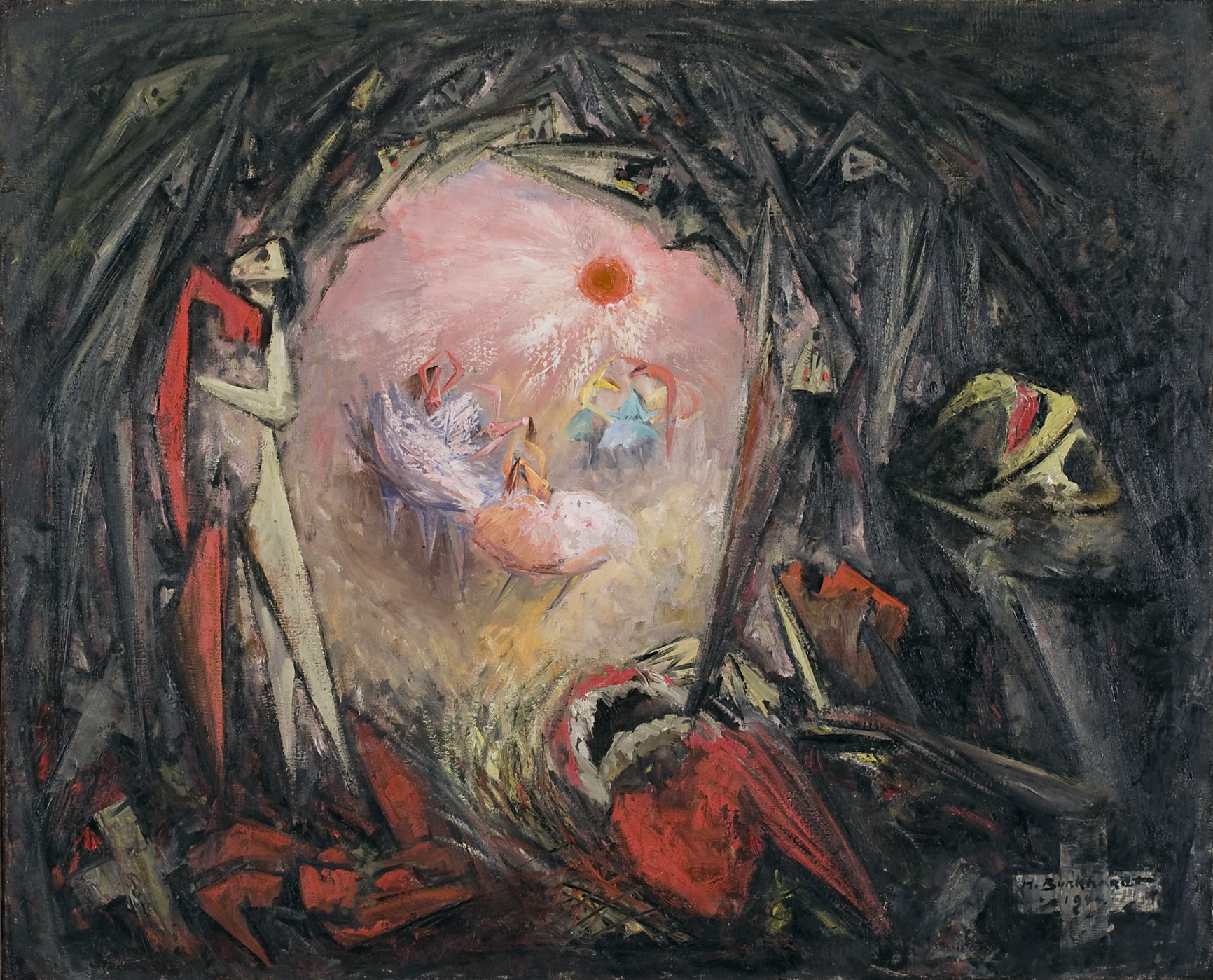 Preivew of the exhibtion Hans Burkhardt: Within & Beyond The Mainstream on view at Jack Rutberg Fine Arts from September 24 - December 24, 2011.

"Arriving in L.A. in 1937, following his association with Arshile Gorky, whose studio he shared in New York from 1928-37, Burkhardt represented L.A.'s earliest and most critical link to the New York School... Burkhardt was both critically celebrated and 'censored,' as his works proved controversial in the years leading up to the McCarthy Era, when modern artists in L.A. were seen as Communist threats. Particularly controversial were his anti-war paintings and Hollywood studio strike paintings..."

In an interesting interview at the Smithsonian Archives of American Art, Burkhardt describes his life and career and experiences as Arshille Gorky's student and studio mate.