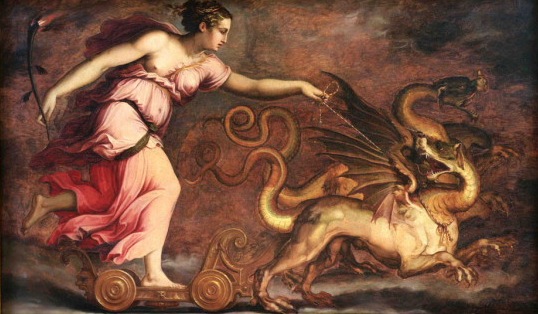 With the impending re-discovery of Leonardo's The Battle of Anghiari, long thought to be covered by a commissioned work from Giorgio Vasari, Daniel B. Gallagher takes another look at Vasari's paintings in the Palazzo Vecchio in Florence.

"It was there," Gallagher notes, "that Vasari made a triumphal return after two of his staunchest supporters in the city were murdered in 1530. Not until Duke Cosimo I invited him back in 1554 to decorate apartments begun by Battista del Tasso was Vasari vindicated... With the help of an eager crew of collaborators, Vasari completed the project in less than three years."