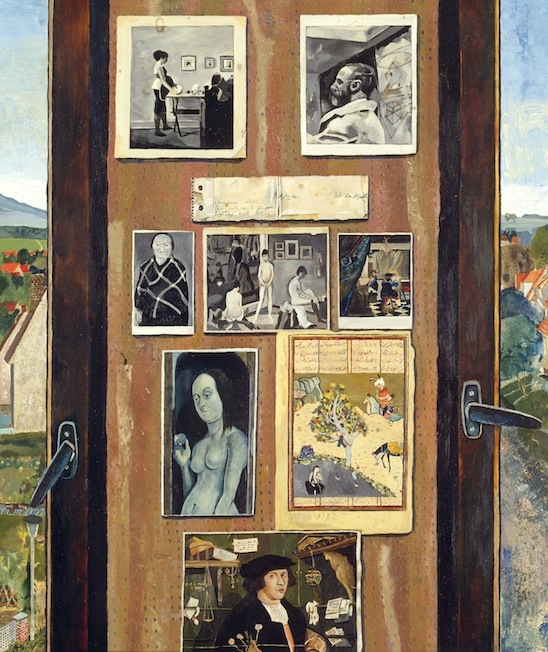 Pomerantz writes: "As he lead me through the marks and methods of the Triptych that day, Dinnerstein spoke with a peculiar detachment, as if the work was so great, so interwoven and dense, that it existed entirely on its own, beyond him. This first encounter with Dinnerstein left me wanting to know more about this man whose creation seemed almost to eclipse his entire being - where does an artist go from here?"

The Fulbright Triptych is on display in the lobby of the German Consulate, 871 United Nations Plaza, New York through April 1, 2014. Simon Dinnerstein will also participate in GoBrooklyn - Artist Studio Tour, sponsored by the Brooklyn Museum, September 8 and 9, 2012.