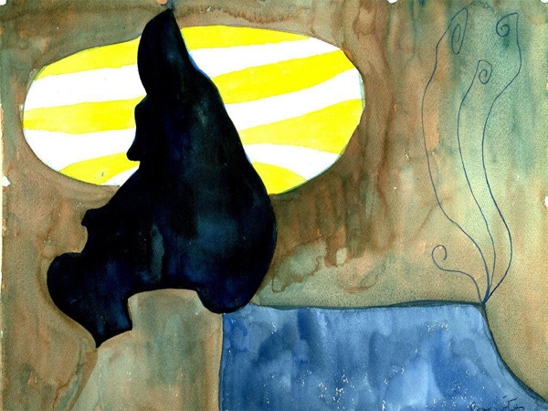 George Negroponte writes about the work of painter William Baziotes.

Negroponte laments the lack of contemporary recognition for Baziotes' work, writing that the artist's "eloquent and calm sensibility set him apart from his contemporaries. His brooding, strange and melancholic poetry was like nothing else in American art, then or now. In some respects his association with the New York School proved costly; Baziotes was forever to be measured on the same scale as Rothko, Pollock, De Kooning, Kline, Motherwell and Gottlieb. Each of these great artists owed something to him and profited from his pioneering ideas. But by nature, Baziotes was slow and cautious and unable to make concessions. He was both remote and reticent and appeared stuck at times while laboring and lingering over his work in a manner so unlike his peers. Baziotes was miscast in the fiction surrounding 'action painting' and equally uncomfortable with the savage posturing of many of his associates. The delicacy of his vision and his effusive lyricism was markedly different: almost narrative, almost mute, almost invisible. His visual curiosity took him great distances but the essence of his work was the evocation of reality made deeper by silence: a world before words."