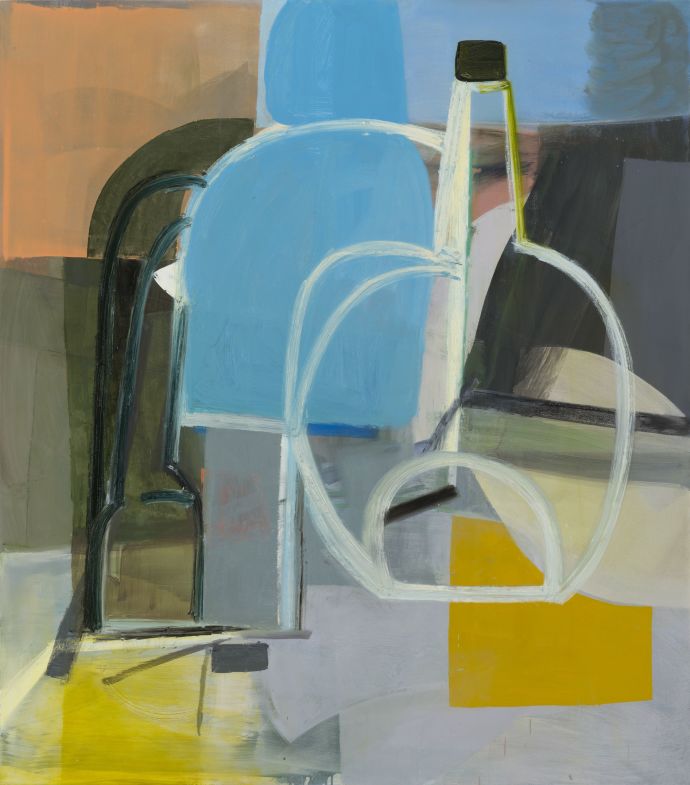 Dupont notes that: "The exhibition layout cancels any hierarchy and allows for slipping glimpses of how some model of the whole might lock together. Looking at the show is an exercise in exploration, of navigating terrain that is not set."

"Other than being painting made recently, the work has no common denominator, outside of perhaps generalities of abstraction or a certain sense of scale, although many of the works have bits of the real world peeking through. The artists share no agenda or style; they are simply trying to make paintings that reflect how they interact with and process their world. That their work shows its influences and continues a dialog with art of the past does not necessarily point to any 'atemporal' influence of the net, beyond its reality as a condition of our shared world. All of the artists have started making their mature work, if not lived their entire lives since the advent of Postmodernism; the interaction between the history of images and present production is ingrained in how they approach the canvas."