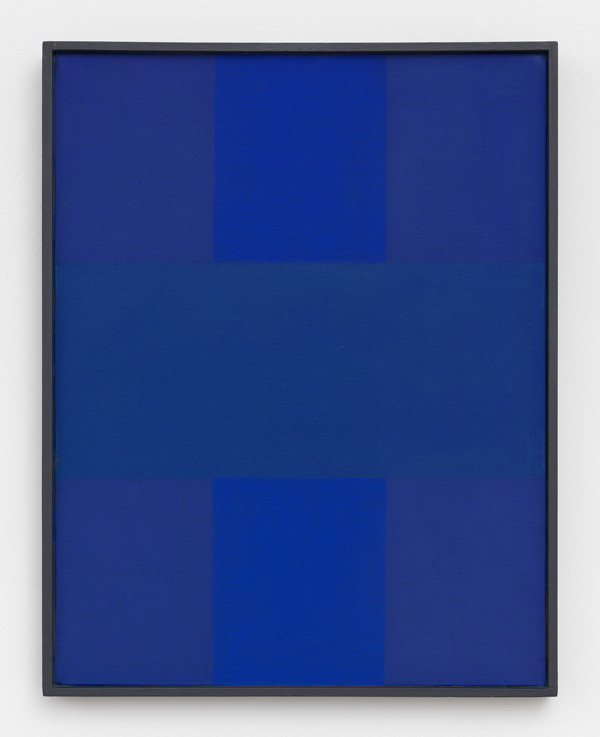 Ray writes: "Our idea of Reinhardt’s work, whether from reproductions or sporadic viewings, might tend to flatten it, and the in-person effect far exceeds that mental image. Having already been a fan of Reinhardt, I was immediately surprised by these paintings’ richness, both individually and as a group. The color feels like a revelation. The blue paintings predate the black paintings, and Reinhardt had not yet taken his negations (eliminating blue, for example) to their furthest extreme. This work varies widely in scale and format, making each one feel particular as an object, and color moves at varying speeds. Some of the earliest paintings have a quicker impact, perhaps sustaining less prolonged looking. More often, though, the color reveals itself slowly, with flashes of green, purple, black, and slate gray coming in and out of visibility. In the paintings nearest to monochrome, the truest “blue paintings,” the surfaces open with time, seeming to breathe as they move between presence and evasion. The darkest, near-black paintings have an uncanny glow." 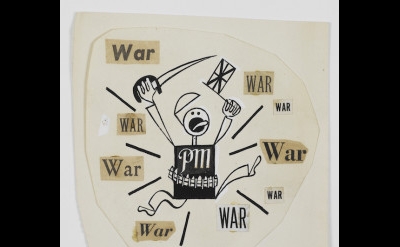 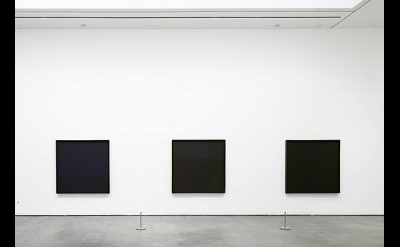 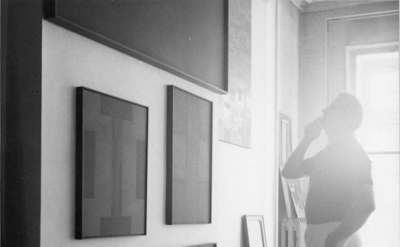