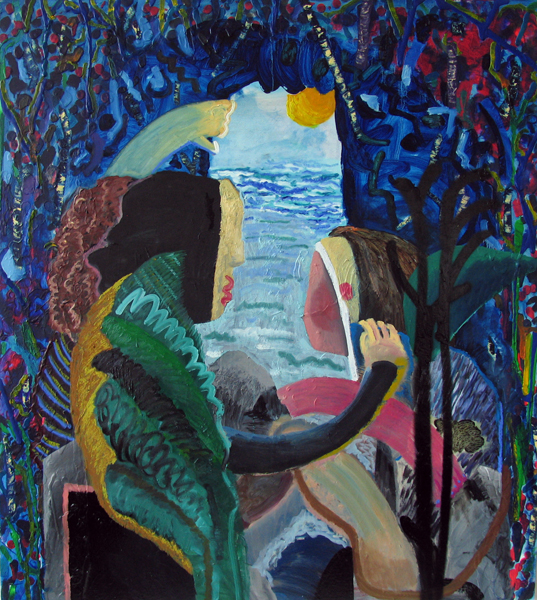 Shara Hughes, It's Safe Because We Make The Rules, 2013, 50 x 56 inches, oil, enamel, acrylic, spray paint on canvas (courtesy of the artist)

Rachel Reese interviews painter Shara Hughes on the occasion of the exhibition Shara Hughes: Don’t Tell Anyone But…, at the Atlanta Contemporary Art Center, on view from April 19 - June 15, 2013.

Hughes comments: "Interiors became the foundation where I could lay all different artists who have come before me into and onto the painting. So I could paint a really detailed Renaissance painting inside of, on top of, a Bridgette Riley-esque type wallpaper thing. It opened up access for me to flow between everything I wanted to do, that I couldn’t do, because 'that looks like this' or 'that looks like that.' ... I would also look back in art history and see what kind of symbolism artists were using. For example, dogs are a symbol of protection. So, I would put a dog in my painting to talk about protection of myself, or some birds, or several other traditional symbols. And then I began to remove them, and I would bring in my own symbolism—broken trees or rocks that have been cut halfway. I continually create my own alphabet from my own symbols as my work progresses." 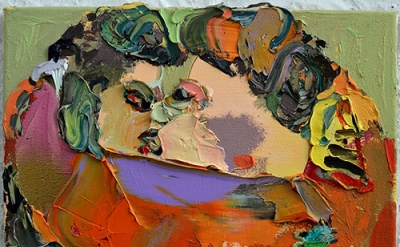 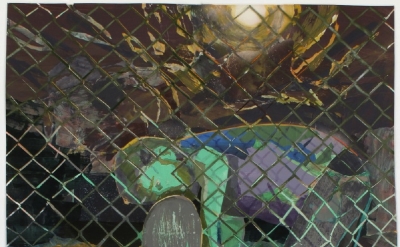 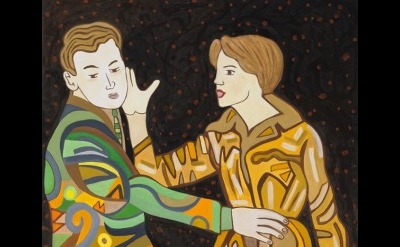