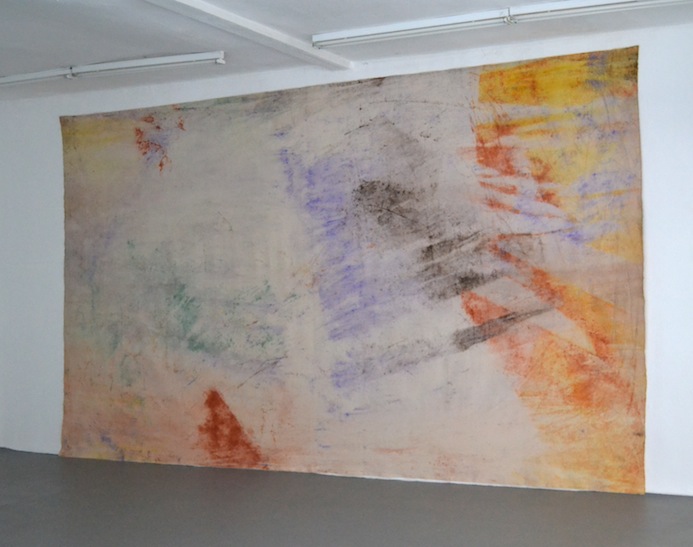 The press release notes that the show features d'Hollander's "concerted, harmonically balanced" paintings, Posenenske's "early Spachtelarbeiten (palette-knife works) and Rasterbilder (Grids)," and Warboys' "Sea-Paintings [in which] the artist leaves the painterly process to evironmental forces: a canvas prepared with pigments is left to the waves and influence of the salt water of the Atlantic Ocean." 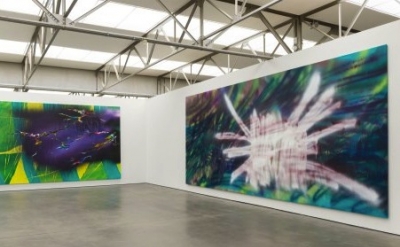