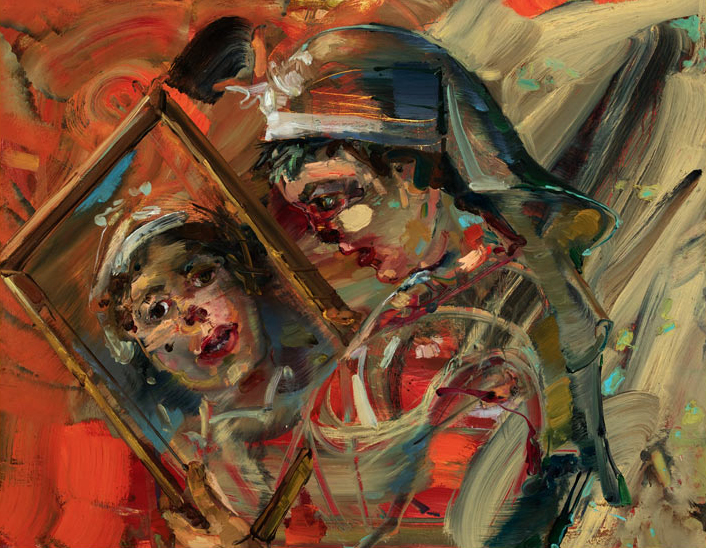 Dufresne comments on her interest in "the way space can expand, emphasize, or focus can be directed -- scale can become narrative... I actually think of painting as a physical medium and a metaphysical medium that can converse on multiple planes simultaneously. The framing of parlors and pastorals -- those two types of archaic theatrical spaces have been the stage of painting forever. I like [the] term etiology to describe the way the history was treated in a lot of the works, though I was thinking more that it was humanity, and not painting itself, that was the diseased entity. Certainly painters have been party to some ridiculous ideologies throughout history, but what field of art hasn’t? That insanity at times leaves the field of painting looking quite reactionary, but even in those instances the actual paintings remain as amazing vestiges of real evidence, material evidence of something dreamt, lost, delusional -- or delightful, utopic, sublime. Painting is what told the story." 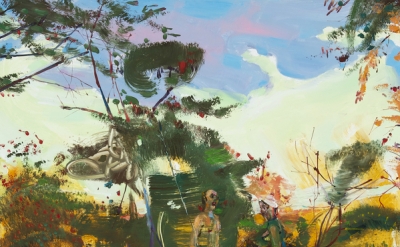