Delacroix: Greece on the Ruins of Missolonghi 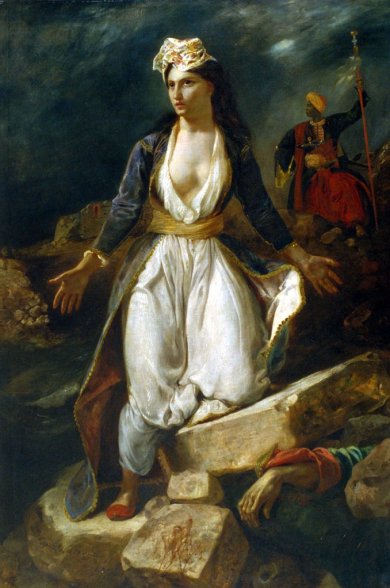 Christopher Knight reviews Delacroix's Greece on the Ruins of Missolonghi at the Los Angeles County Museum of Art (LACMA), on view through February 15, 2015.

Knight writes: "They don't make paintings like 'Greece on the Ruins of Missolonghi' anymore. The slow, ruminative medium of oil paint on canvas has pretty much had it as the sharpest system for the memorable delivery of effective, politically minded propaganda. Painting has long since been replaced by the relentless, 24/7 information cycle repeated nonstop on cable television and the Internet... [Delacroix's painting] is keyed to a tragic episode in the long war for Greek independence from Turkish rule... A complex story — what has been called Greece's Alamo, a site of heroic resistance fought to the death in the face of a superior military foe — is stripped to representative elements. The painter conjures a personified image of a society badly broken but not destroyed — down but not out. And he inflects the scene with a sly if subtle glimmer of ultimate redemption and deliverance." 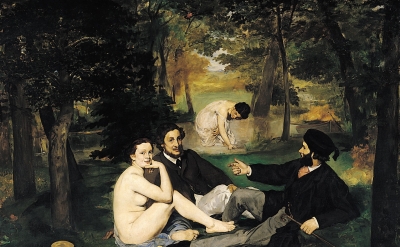