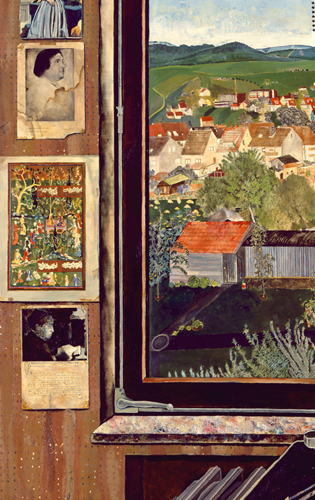 (detail) Simon Dinnerstein, The Fulbright Triptych, 1971-74, oil on panel (courtesy of the artist)

Daniel Maidman blogs about Simon Dinnerstein's painting The Fulbright Triptych, on view at the German Consulate, New York through March 31, 2014.

Maidman writes: "Apart from its structural delights, the grid has a human dimension which appeals to me. It speaks of the yearning for completeness. He who begins a grid wishes to say everything there is to say about a subject... The regular grid makes its ambition clear: It means to cover everything. The irregular grid admits failure from the start... The creator of the irregular grid has a strong sense of tragedy. He recognizes that his ambition is doomed, that completeness is outside the scope of the fallible mind, and perhaps of the nature of systems themselves. Dinnerstein's grid is a tragic grid. It has the poignancy of the packrat: He does not want to lose a single slip of memory. And yet, he is artist enough to recognize that he cannot keep all things, and even if he could, there isn't room enough in life to go on looking at all of them again, and loving them properly. So he loves each thing one more time, as he did the first time he saw it, and then he moves on." 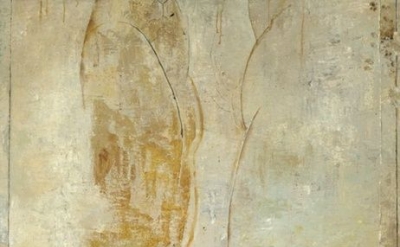