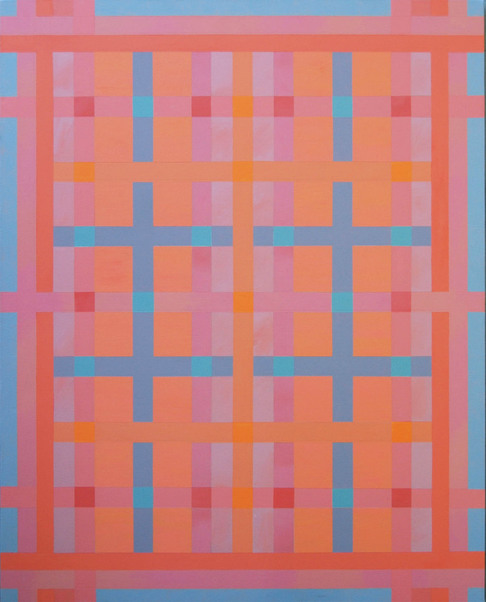 Segal writes: "The square and the circle are fundamental elements of his work. 'I start with a certain kind of structure, the center relating to the edge at the same time.' The Buddhist mandala and Hindu yantra have been recurring motifs in his paintings, less for their symbolism than for their simple renewal of archetypal forms, “which I thought had a bearing on contemporary discourse.' ... While his grid paintings might at first seem anything but unplanned, he has written, 'The forms and constructs I use are necessarily deliberate, but I work with them relatively freely. Images and ideas are worked out rather than thought out. I hope to come upon something unfamiliar using common forms, repeating them and at times finding some aspect of myself hitherto unrecognized in them. Basic forms such as the grid are taken as given.'"