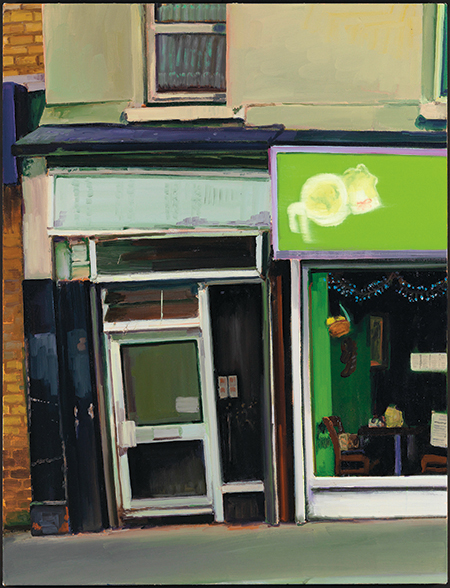 Josephine New writes about the paintings of Simon Ling.

New observers: "At the heart of Ling’s practice are two preoccupations. Firstly, his fascination with making ‘something’ (a painting) out of ‘nothing’ (a uniformly overlooked corner of an urban housing estate, say). Secondly, perhaps more significant, is the understanding that the imagination is partnered with the external acts of vision and touch... Ling ... talks about a different ‘texture of decision-making’, that is ‘sharper, healthier and quicker’ when painting directly from life. This ‘live’ element, as he terms it, adds to the contemporaneity of the works. The pace of the marks and the time spent observing each detail are all savoured by the artist as an integral part of his method. You can almost piece together each element of a building, as if hung on (albeit wonky) planes: his doorways, for instance, are characteristically off-kilter, as though they had been painted on an easel rocking on an undulating pavement." 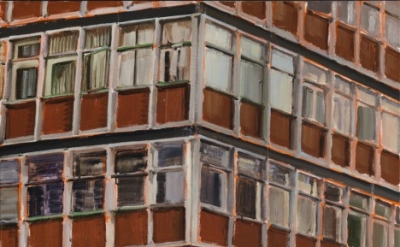