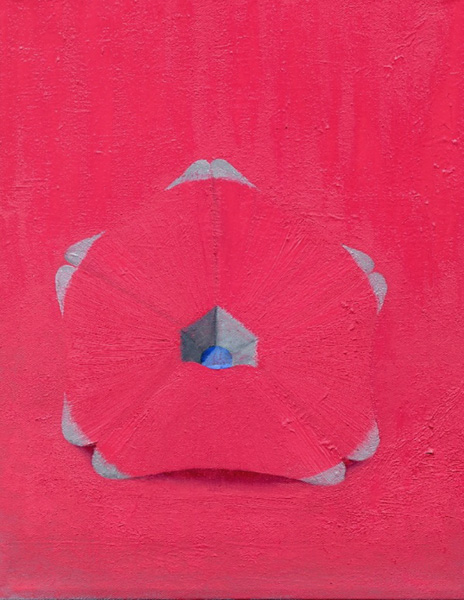 Describing his paintings of flowers, Petrovich remarks: "I was wondering about why we make a painting at all, why you would have an object, why you would represent an object… flowers struck me as the quintessential object, quintessential thing you would stick in a painting… my first answers were… color, some kind of notion of making something that's attractive, but permanent in some way, more permanent than the object that was depicted..." He also notes that "there's a question about what is an object what is an image and can you embed two things somehow. I always go right in for the in-between thing..."