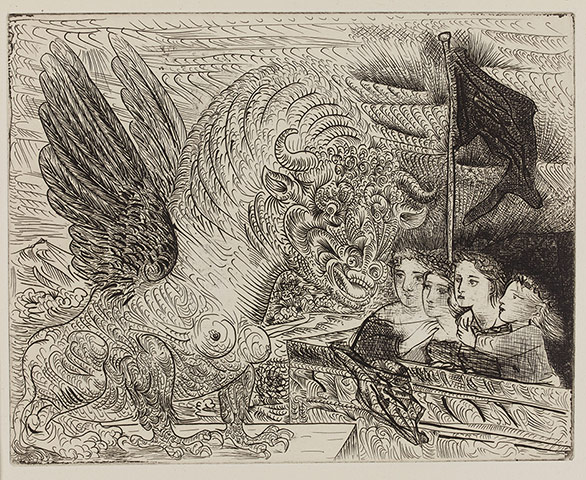 Harpy with bull's head and four little girls on top of a tower with black flag; plate 13 of the Vollard Suite, December 1934, © Succession Picasso/DACS 2011

Jonathan Jones previews the exhibition Picasso Prints: The Vollard Suite at the British Museum, London, on view from May 3 - September 2, 2012.

Jones asserts that "lay bare his imagination and his creative energy like nothing else he ever did. If every painting by Picasso were to vanish, and only this series of prints survived, his genius would still be obvious from this work alone. Guernica grows out of its imagery: in a sense (especially with its black and white palette) this famous painting is simply a translation to mural scale of the intense symbolism and mythic power of the etchings in the Vollard Suite."