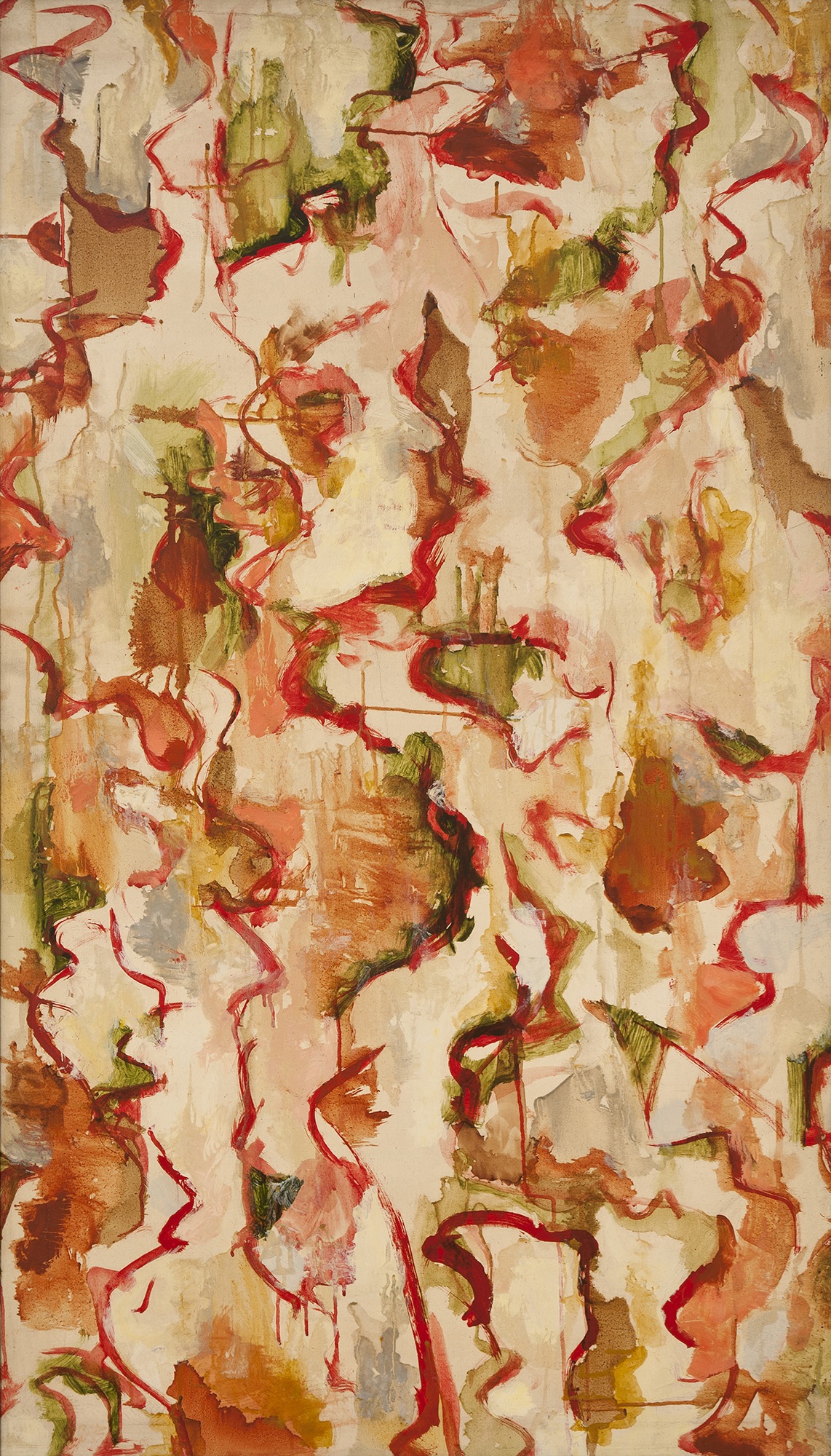 Malone writes: "Though Flack has become an artist with an impressive career as a representational painter, and later a sculptor of public monuments, her early experiments in abstract painting — like those of Pat Passlof, shown at Elizabeth Harris last year — mirror and impersonate the classic AbEx look. The surprise of the Flack exhibition, however, is in how far and in how many ways she was able to transcend the many signature traits of the group. For such a young artist, Flack had the uncanny ability to surmount influence in a multiplicity of styles, even anticipating in some measure de Kooning’s 1970s East Hampton period with her 'Figures and Trees for Bill' (1949–50), while a short time later reaching back to Cezanne with 'Grapefruits I' (1954) and along the way finding paths into abstract painting that are surprisingly reminiscent of more recent solutions."

Pat Passlof: Paintings from the 50s 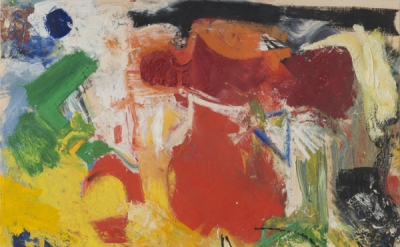