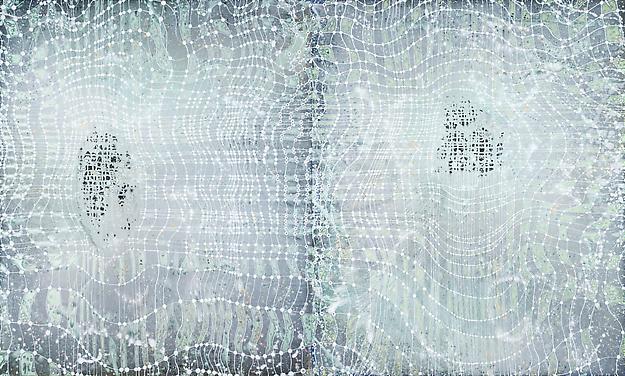 Yau writes: "In 'White Grid on Silver,' the wavy grid is made of unevenly spaced, vertical and horizontal white lines, which are punctuated by white orbs at the intersections... The materiality of the surface — puckered and blistered — contradicts the spatiality implied by the layering of the net-like grid over the abstract, splashy ground... By collapsing materiality, image and space together so that is impossible to distinguish where one ends and the other begins, Takenaga moves out of the domain of the pictorial into something that cannot be categorized, achieving a fresh and disquieting possibility. For one, she entwines the infinite (the grid) and decomposition (the body), which is an inescapable effect of time passing. It is a material space that could only have been made of paint, which has a remarkable ability to expose the dance between mind and body, the visual and the visceral." 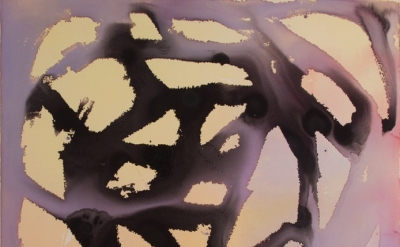 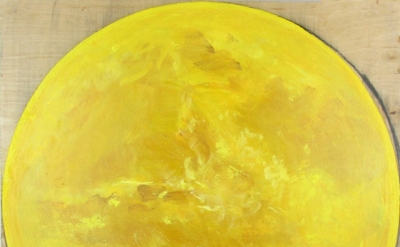