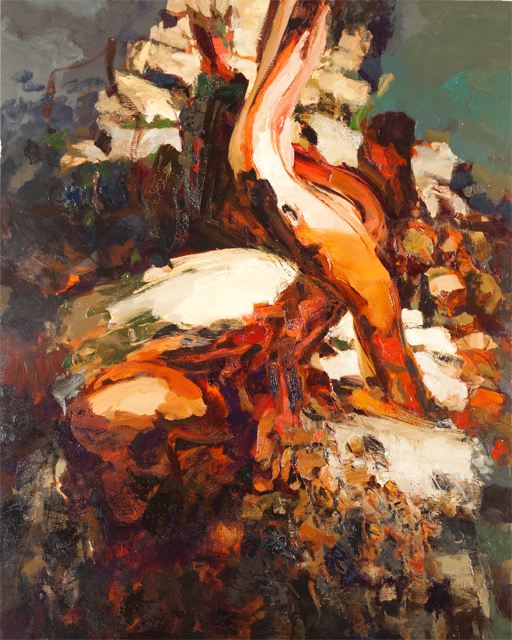 Malone writes that in Saulnier's paintings: "Wrestling forms hover over horizontal planes affecting a dystopian atmosphere of indeterminate scale. Sometimes landscape, sometimes still life — this toying with scale allows him to tie the early Romantic sublime to the more shallow pictorial ether of modernist abstract painting... Each canvas provides more than enough visual information to stimulate the imagination without becoming literal, allowing for a fusion of essences and emotions ranging from the ordinary to the macabre." 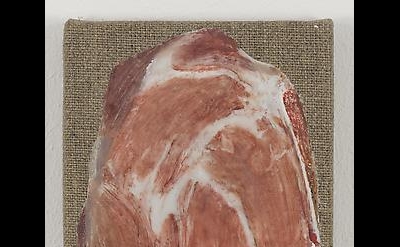 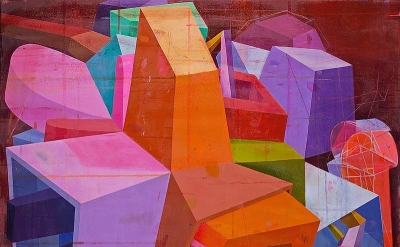