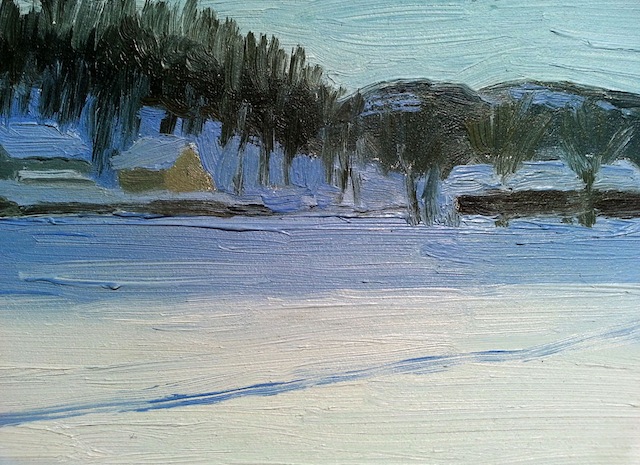 Goodrich writes: "A lot of current art relies on spectacle and effect, and Ray’s rejection of these could be considered a kind of performance in itself. But her paintings reveal other qualities, too — ones more compelling than their style or subject matter. These have to do with the historically intrinsic and unique powers of painting. Ray possesses a keen sense of the weight of color; she weights hues so that they tangibly embody, rather than merely denote, the visual aspects of a scene. In the five-inch-wide 'Woodstock Snow' (2012), for instance, a swath of ultramarine blue resonates as the shadowed half of a snowy field. The remarkably spacious depths of this blue are contained by hues of very different character: the brilliant, cool lights of the field’s sunlit portions, the sky’s unmodulated cerulean blue, insistent yet remote. In this seemingly simple scene, Ray makes every element count; she captures a group of houses — jostling in various degrees of half-light — within shadows that are in turn circumscribed by sunlit planes: worlds within worlds. A handful of colors tell us what it means to be earth and sky — or more exactly, this earth and sky." 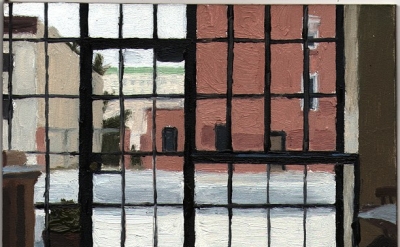